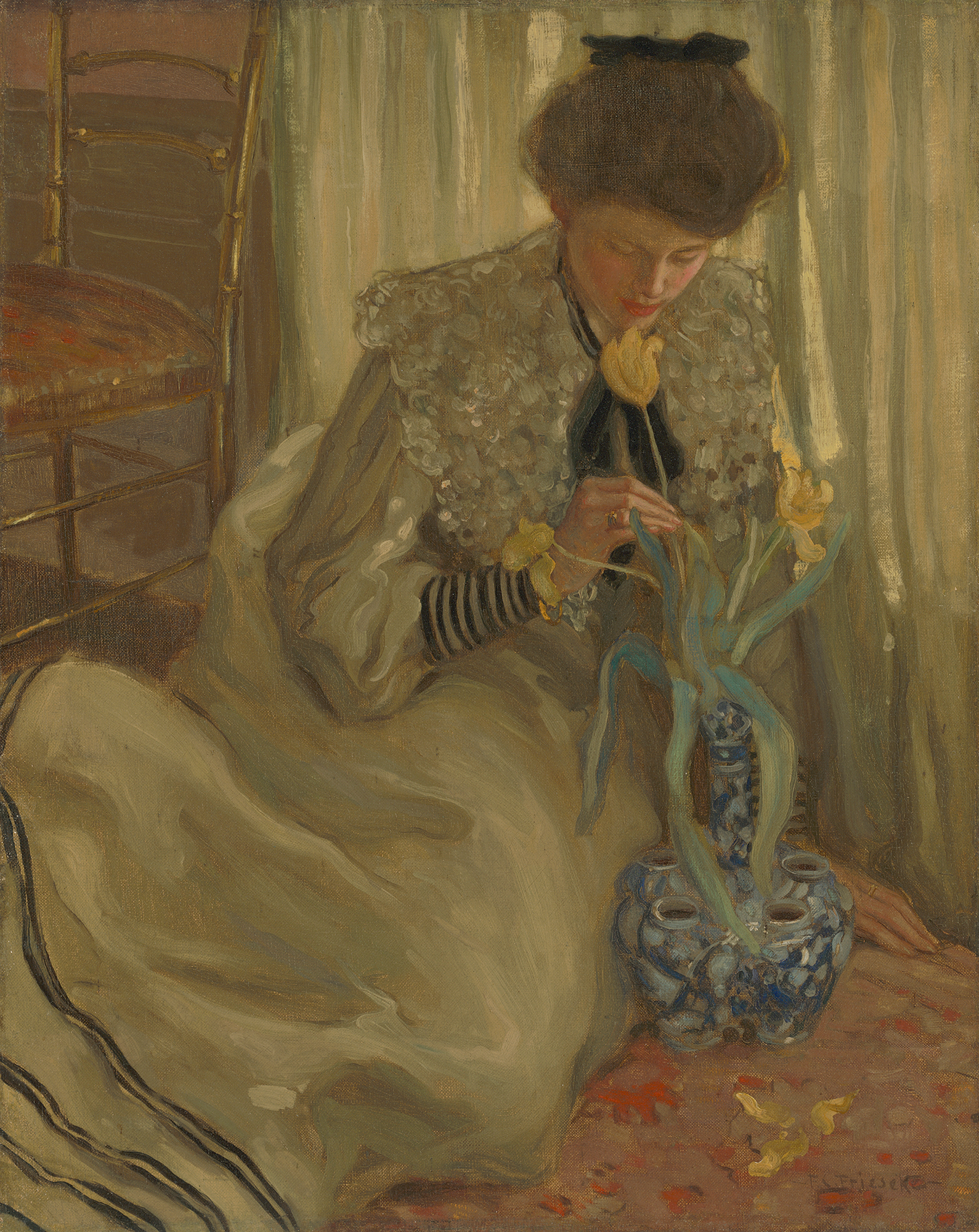 The Yellow Tulip depicts a young woman seated on the floor leaning forward to admire one of three yellow tulips that extend from a blue and white Delftware bulb vase. The painting represents a synthesis of the artistic traditions in which Frieseke was trained and the styles he adopted and transformed into a personal idiom around 1900. Those influences include the following: the academic tradition, Whistler, Impressionism, and Art Nouveau.

Frieseke’s training at the School of the Art Institute of Chicago and at the Académie Julian in Paris gave him a thorough foundation in the academic tradition that is evident throughout his work. Academies of art were intended to ground students in an intellectual and technical understanding of the Western classical tradition that culminated in the Renaissance. Training was based on lectures on anatomy, geometry, and history, as well as hours in the studio drawing after antique statuary and from live models. It was assumed that an academic artist would exhibit mastery of draftsmanship and commitment to representation of the human figure. Refined draftsmanship and the primacy of the human subject, especially the female figure, remained central to Frieseke’s art even after they were abandoned by more avant-garde artists in favor of increasingly bold expression.

From Whistler, with whom Frieseke studied at the Académie Carmen, Paris, he learned many of the principles of aestheticism, including the subordination of individual colors to an overall tonal harmony, a mood of reverie, and a decorative disposition of form—all of which are pronounced in The Yellow Tulip. The very title invokes Whistler’s use of color to announce the mood and tone of a painting.

Styles explored by Frieseke independent of his training are Impressionism and Art Nouveau. The Impressionists’ use of broad brushwork and their attention to the effect of light on color are evident in The Yellow Tulip. Characteristics of the Art Nouveau style that resonate throughout the painting are the sinuous outline of forms, a decorative disposition of form resulting in flat pattern, and the compositional device of cropped edges that is taken from Japanese prints.