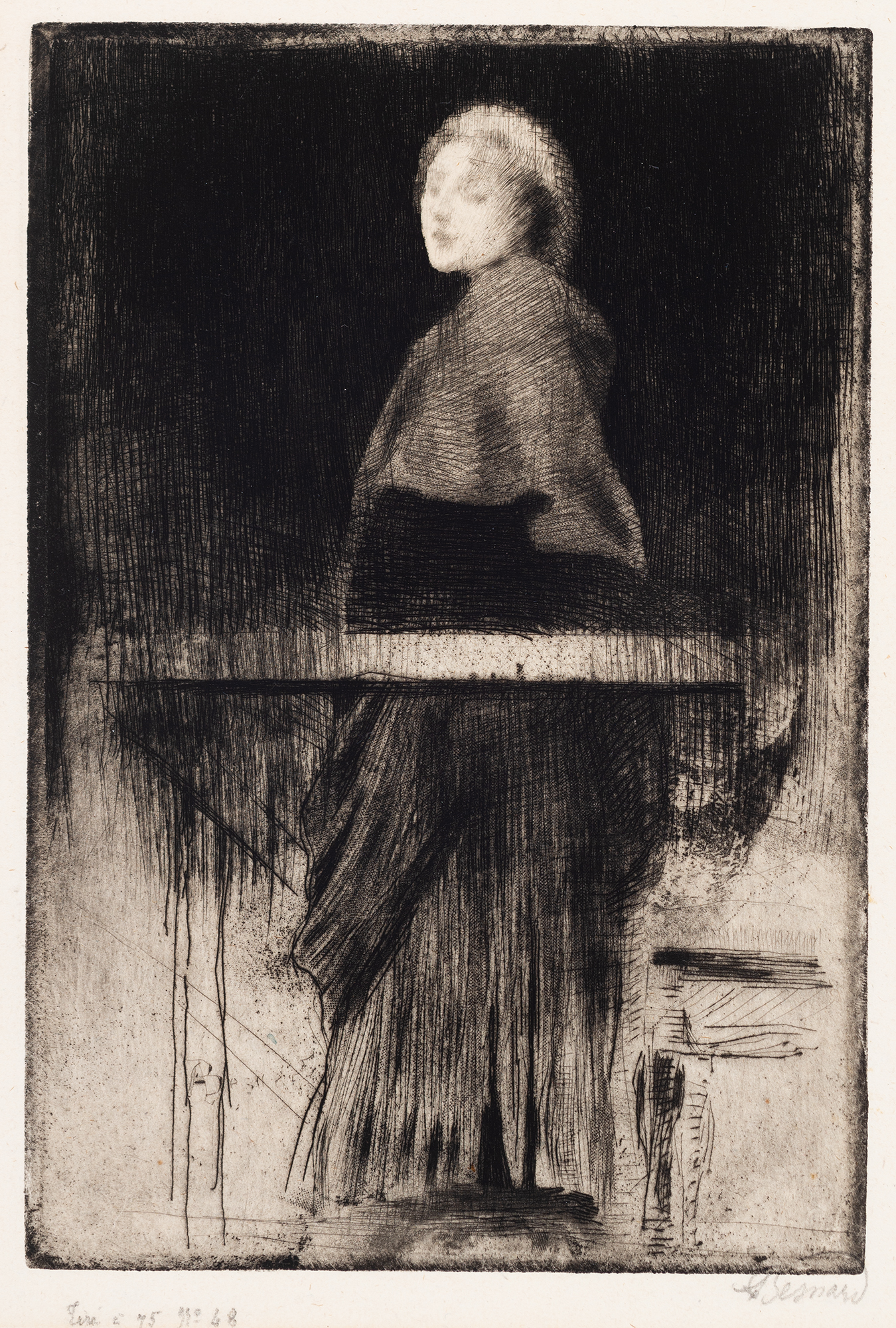 Besnard was a clever and facile painter-etcher who enjoyed considerable honor and success in his day. He studied with the popular academician Cabanel at the École des Beaux-Arts and won the Prix de Rome upon completion of his schooling. In 1913 Besnard became director of the French School in Rom, and in 1922 director of the École des Beaux-Arts. He received the Grand Cross of the Legion of Honor and was the first artist to be accorded a state funeral at the Louvre.

Although Besnard’s art remained essentially academic throughout his career, he appropriated various aspects and attitudes of Impressionism as they seemed appropriate to his subjects. He painted nudes in emulation of Renoir, portraits in the style of John Singer Sargent, and decorative imagery in the manner of Puvis de Chavannes.

Besnard lived in London for three years, 1881-1883, where he met Alphonse Legros who initiated him into the art of etching. A virtuoso draftsman, Besnard found the medium instantly congenial to his talents. The Plume displays Besnard’s command of an elegant, decorative linear style while The Woman Pilgrim exhibits a more experimental approach in the dramatic play of the pale, almost ghostly, luminous face set against a vague tonal background of velvety black.