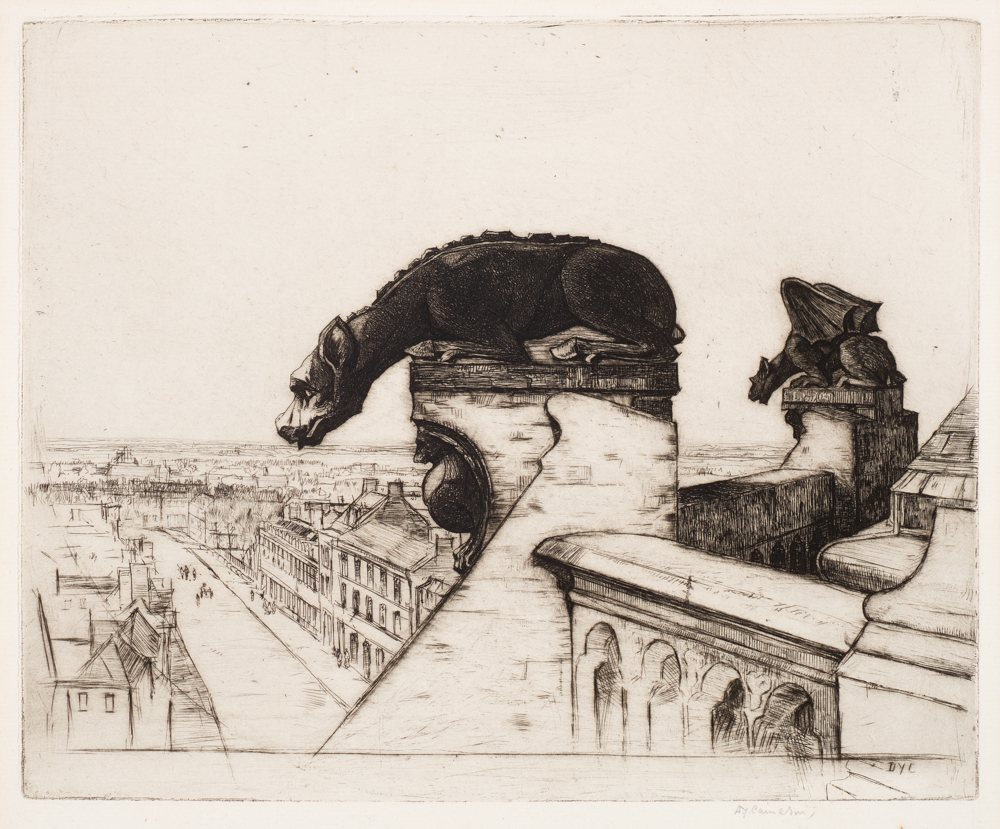 British artist Cameron visited France in 1910. Among his stops was the city of Amiens. Located about 75 miles north of Paris, Amiens is home to its own majestic cathedral. Cameron—influenced by 19th-century printmakers such as France’s Charles Mйryon—made the gargoyles and grotesques of Amiens his subject. Perched on the edge of the cathedral and leering over the city below, these fantastic creatures are both threatening and protective. Cameron keeps the viewer’s focus on the creatures and not on the city skyline—centrally placed and much darker than the rest of the print, they dominate the composition.