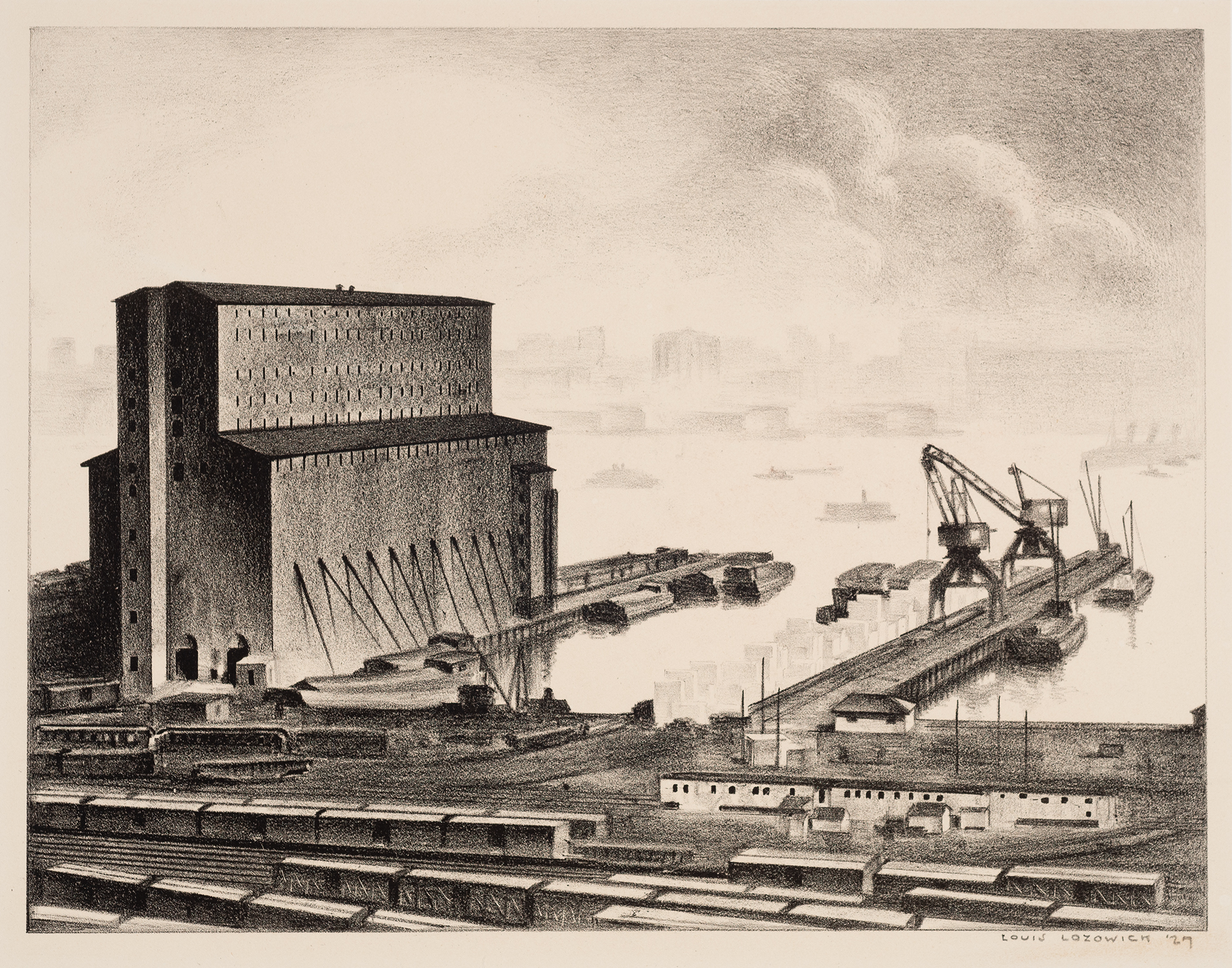 Lozowick was fascinated with machines and industry. Either in detailed close-ups of industrial parts or panoramic images of plants and factories, Lozowick was drawn to the precise, repeating geometries of the machine-made. In Waterfront II, Lozowick depicts a grain elevator in Hoboken, New Jersey, in an image filled with sharp angles and strong horizontals and verticals. Like many other artists and intellectuals of the period, Lozowick hoped that the industrial age then taking hold would bring equality, justice, and prosperity to the whole globe. Later in his career—although always drawn to the machine aesthetic—Lozowick increasingly incorporated human figures into his prints and paintings as he became worried that technological advances were leading away from, rather than toward, universal equality.