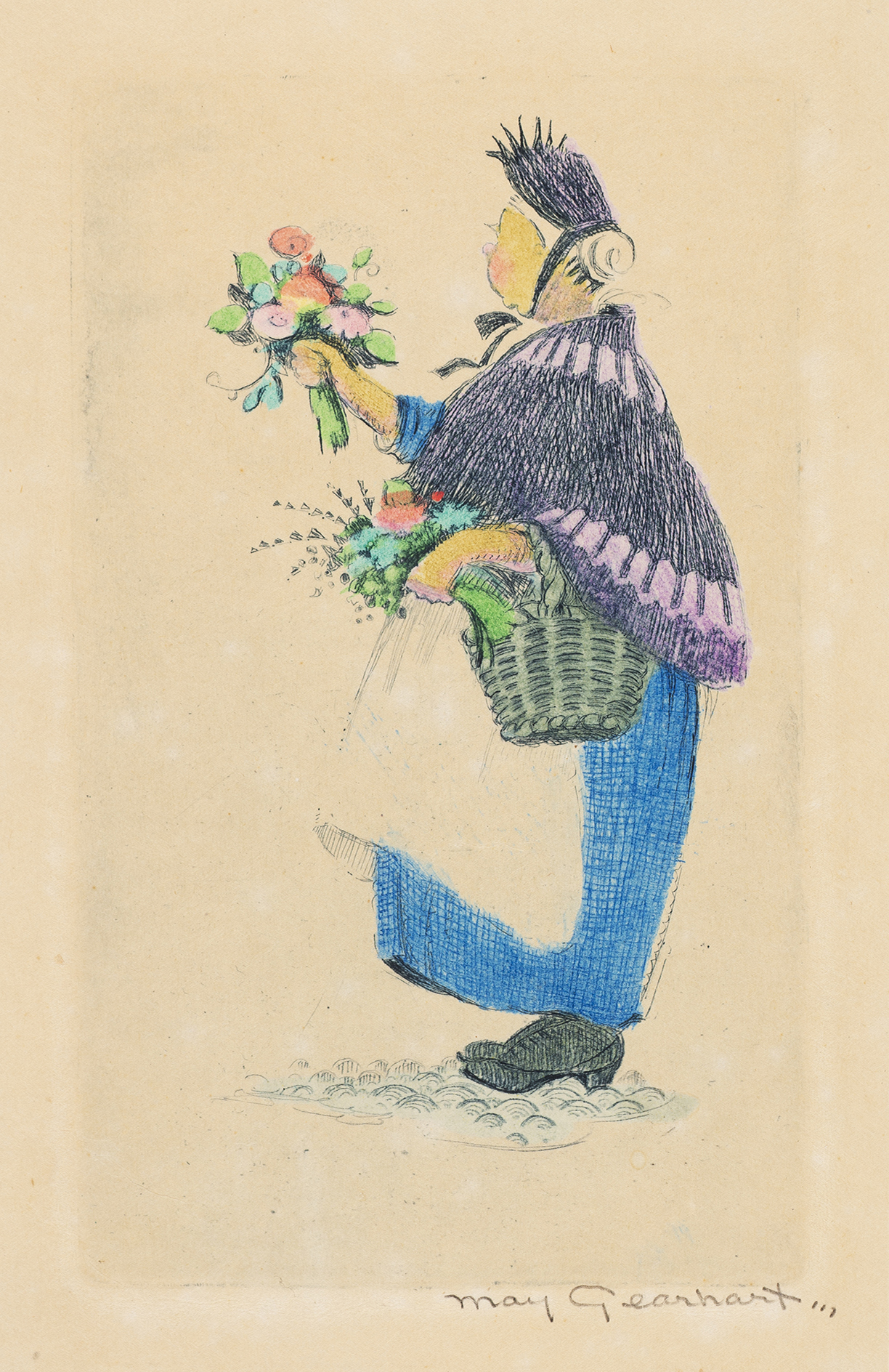 May Gearhart, born in Sagetown, Illinois and later moving to Southern California, was a part of the Southern California printmakers as an etcher and block print maker. Her work was strongly influenced by the Arts and Crafts movement and Japanese style art. Gearhart studied at L.A. State Normal School, the Art Institute of Chicago and CSAA in San Francisco, learning skills from Rudolph Schaeffer, Arthur Dow, and Hans Hofmann. She taught at Berkeley Public Schools from 1900 until she became supervisor of art to the L.A. City Schools, held from 1903–1939. Her work was shown in magazines and museums as well as being featured in the children’s book Let’s Play, collaborated by her and her artist sisters, Frances and Edna.