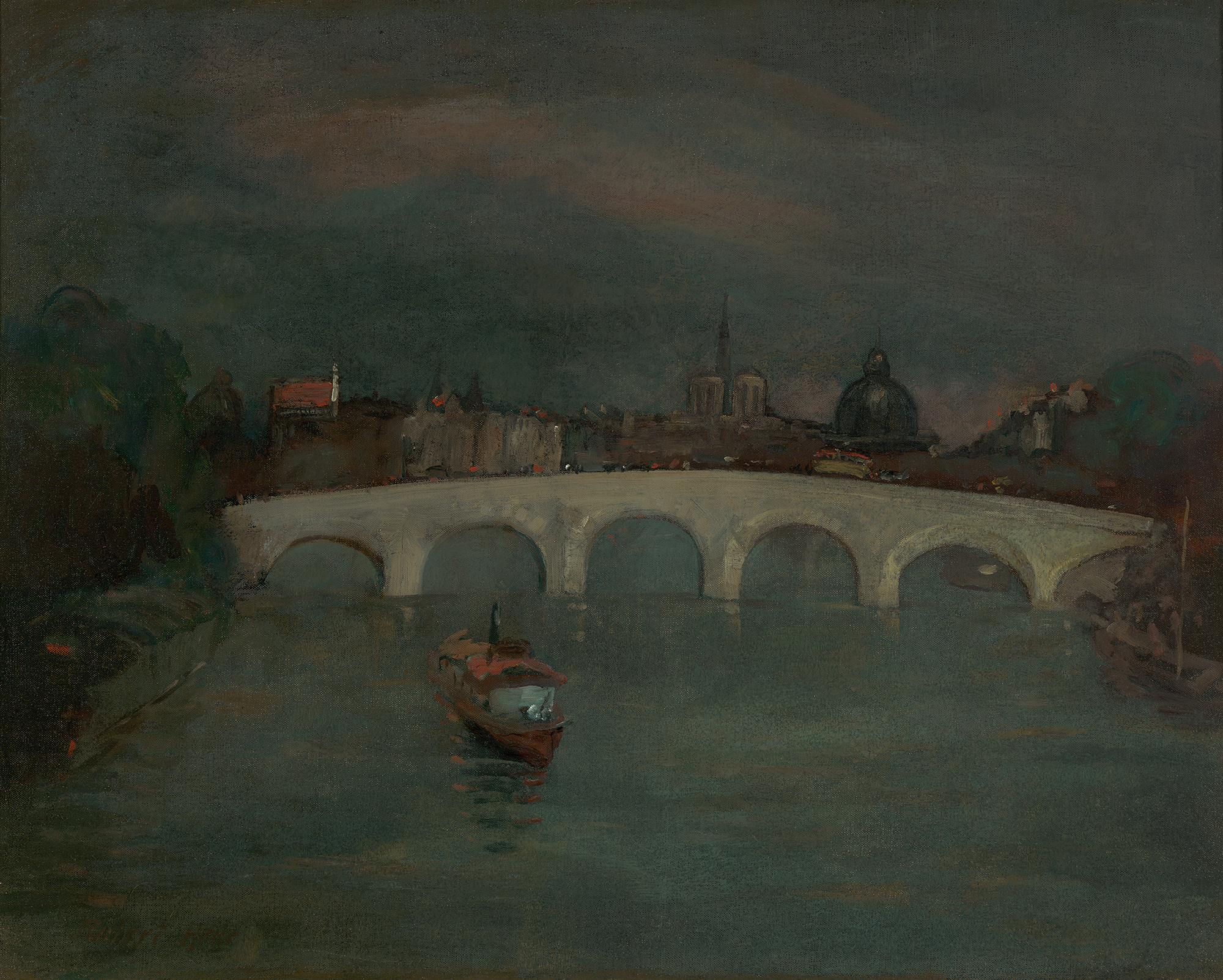 Twilight on the Seine

From 1895-99 Henri painted more then sixty cityscapes in Paris and its suburbs. The style and sensitivity of these paintings, which prominently includes Twilight on the Seine, have been carefully analyzed by William Innes Homer:

“In these cityscapes… Henri almost invariably continues to use a low-keyed palette dominated by grays, blues, blue-greens, and olive greens, highlighted occasionally by spots of red, as was Corot’s practice. Mention of Corot suggests one of the sources of his color-range: the Barbizon school. Whistler’s influence is evident too, along with that of Manet and possibly Courbet. In his brushstroke, however, Henri follows no specific precedent; we can simply say that in his loose and fairly rapid application of pigment he recalls Manet and the early phases of Impressionism.”1

Henri’s ability to paint nocturnes or twilight scenes is undoubtedly due to the influence of Whistler.