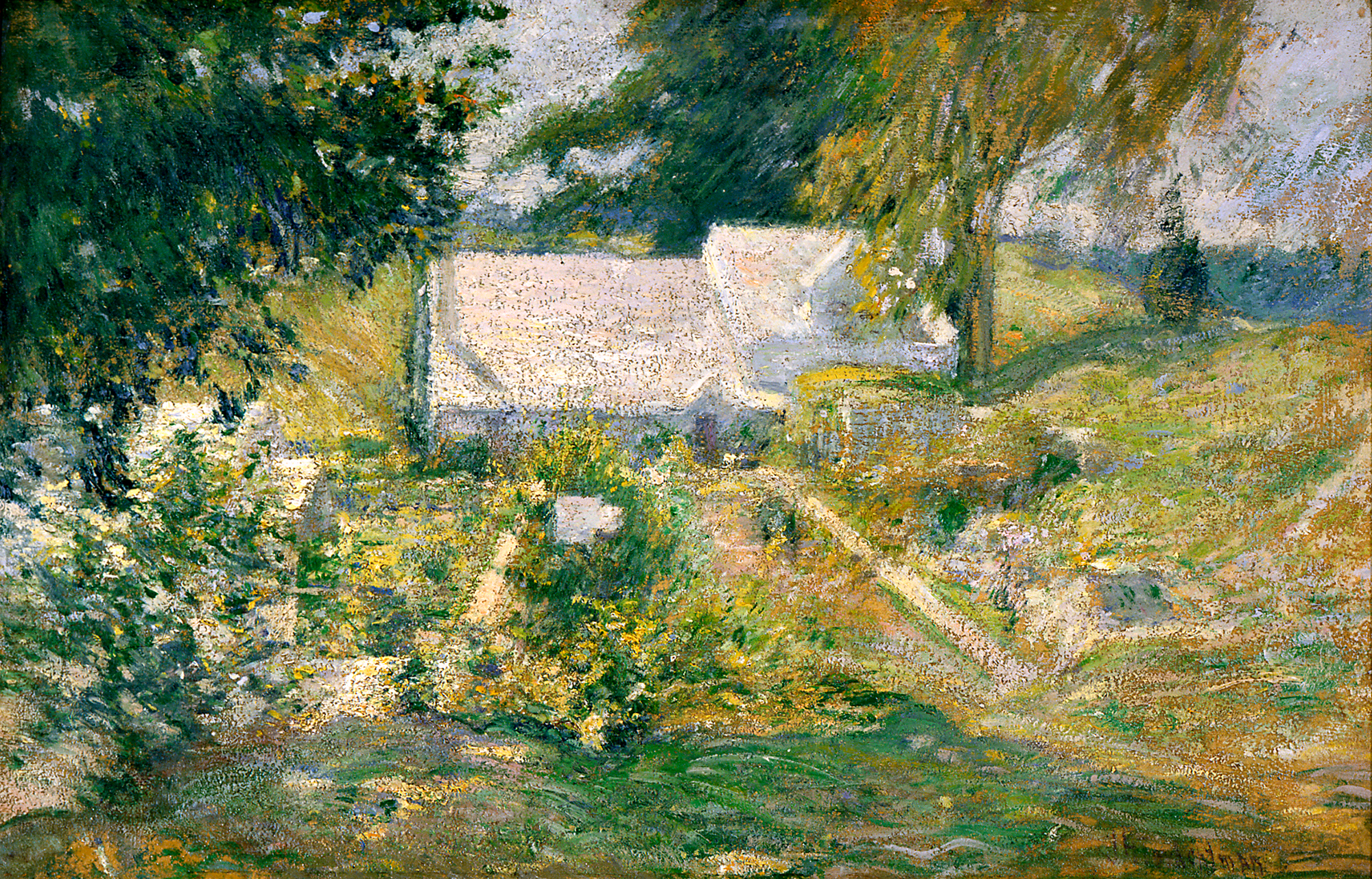 Twachtman studied art in academies and art colony settings in France and Germany before settling down to the life of artist and teacher in New York in 1886. In the summer of 1889, in Newport, Twachtman taught what may have been the first plein-air painting class in the United States. After an introduction to the idyllic qualities of rural Connecticut through visits to the farm of fellow artist J. Alden Weir, Twachtman bought his own piece of rural paradise—17 acres on Round Hill Road outside of Greenwich, Connecticut—in 1890.

The paintings and pastels, which Twachtman produced on his farm during his “Connecticut years” are considered to be the artist’s finest works as well as the images most Impressionist in character. Once he had moved out to the farm, Twachtman conducted his own summer school at the nearby fishing village of Cos Cob. Fellow artists such as Theodore Robinson, J.A. Weir, and Childe Hassam also joined Twachtman at his Round Hill home and at Cos Cob for pointing out-of-doors. During the 1890s Twachtman emerged as one of the leading American exponents of Impressionism.

Twachtman scholar Lisa Peters interprets Twachtman’s paintings of his house as testimony to the artist’s personal sense of serenity and comfort: he paints the house from a vantage point of a low hill behind the structure and looking down on it. One sees his garden, several paths crossing the landscape, and plenty of vegetation. The house seems to be snugly planted in a bed of lush greenery. The pastel colors, the blurred forms, and the textured brushwork convey the idea of the merging of architecture and landscape. It is as if organic harmony between man and nature had been achieved.