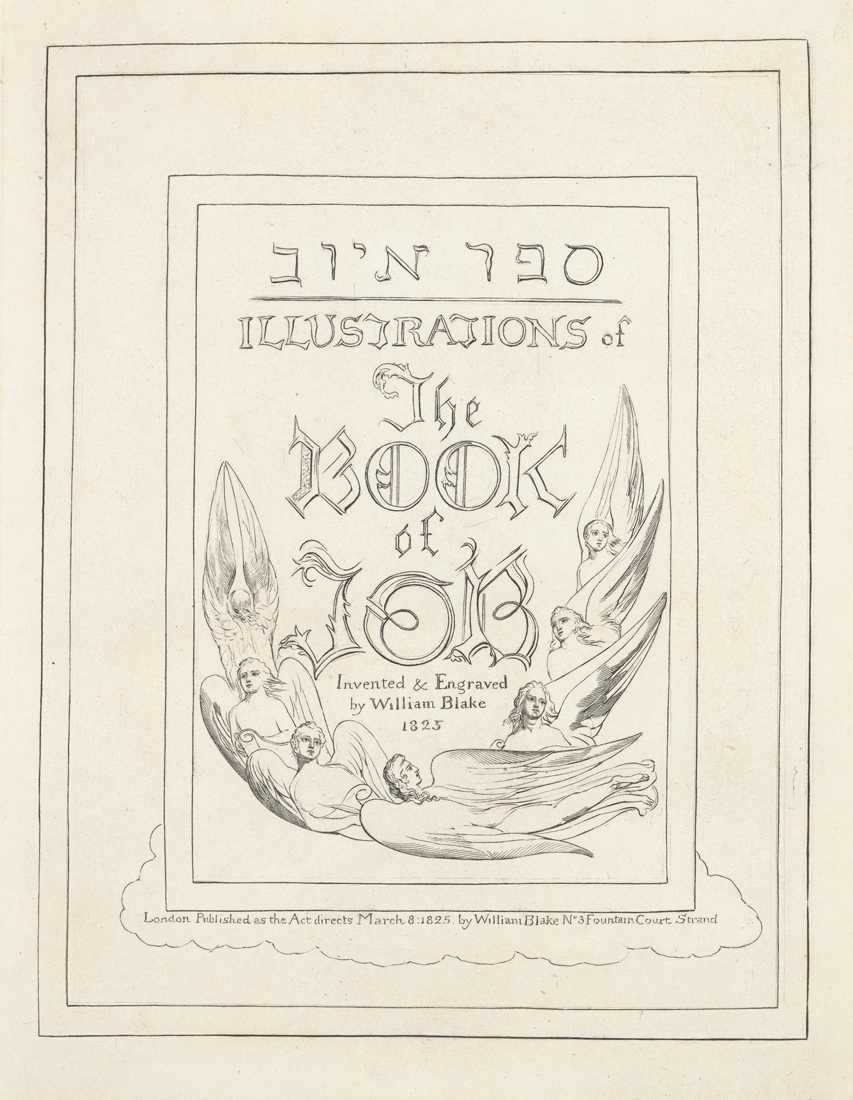 William Blake was a poet, painter, and engraver who is now recognized as one of the geniuses of English Romanticism. His work exercised enormous influence upon the artistic avant-garde in England and the U.S. at the end of the 19th century and the beginning of the 20th century. However, during his own lifetime, Blake received little understanding or financial reward.

Blake exhibited his extraordinary qualities of poetic vision as early as age ten when he reported to his parents after one of his solitary walks that he had seen a host of angels in a tree. Throughout his life Blake continued to see visions, which he experienced as more corporeal that reality and which he translated into the vivid metaphors and graphic symbols of his “composite art” of poetry and visual imagery.

After 1778, Blake made the acquaintance of a number of the most unorthodox artists and thinkers in Europe, people such as the artist John Flaxman, who belonged to the mystical sect of Swedenborg, the rationalist Joseph Priestley, and the radical publisher Joseph Johnson. These people were sympathetic with the revolutions in France and in the American colonies, critical of the authority of the Church, and disdainful of the current education system.

Blake was even more radically individualistic than his friends. He opposed the concepts of private property, established religion, government, the laws of the time and current social conventions, which he perceived as degrading to women and children. He abhorred war and any kind of machinery which he believed enslaved men in long hours of stupefying labor.

William Blake accepted Christ’s sermon on the Mount quite literally as the “Everlasting Gospel,” the only authoritative guide to human behavior. He believed that the ideal state of human society, a state characterized by grace, joy, harmony, and mutual respect, could only be achieved through a spiritual revolution in the soul of each individual. The artist’s late engraved work of the ILLUSTRATIONS OF THE BOOK OF JOB crowned Blake’s lifelong exploration of this theme.