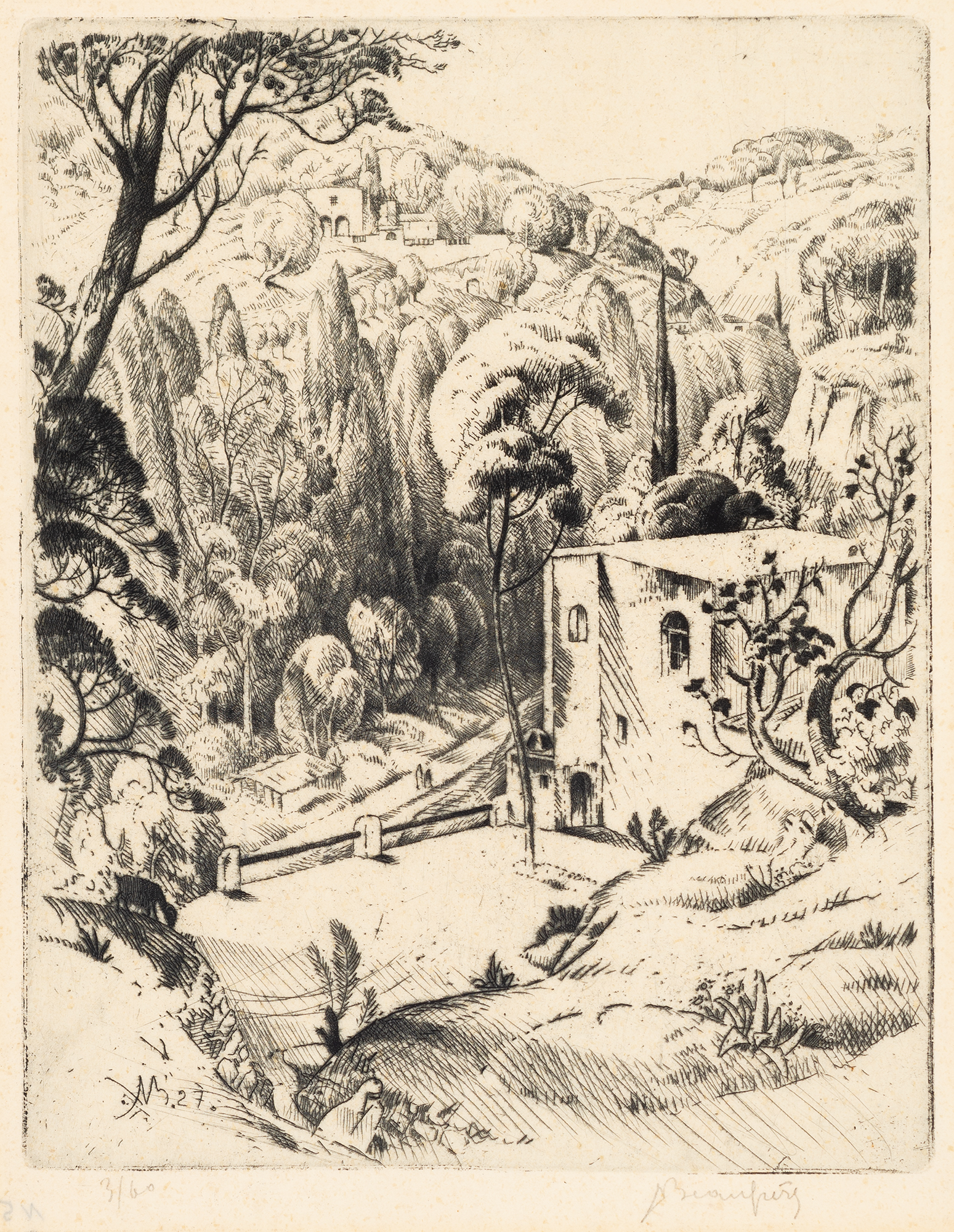 Surroundings of Algiers, The; The Ravine

Beaufrère actually fulfilled his career after 1900, but the character of his etchings derive directly from the 19th century tradition. He studied at the École des Beaux-Arts and with the Symbolist painter Gustave Moreau. He achieved success as a painter and had work shown at the 1907 “Salon des Indépendants”.

He had as much enthusiasm for printmaking as for painting. He produced fine work in etching, aquatint, and woodcuts. Beaufrère was partial to landscape subjects and these are the most remarkable prints of his oeuvre. His landscape scenes, which were influenced by the style of Auguste Lepère, are among his best work.

In 1911 the artist went to Algeria on a travel grant; this trip and one to Spain and another to Italy provided him with the subject material he used throughout his career.