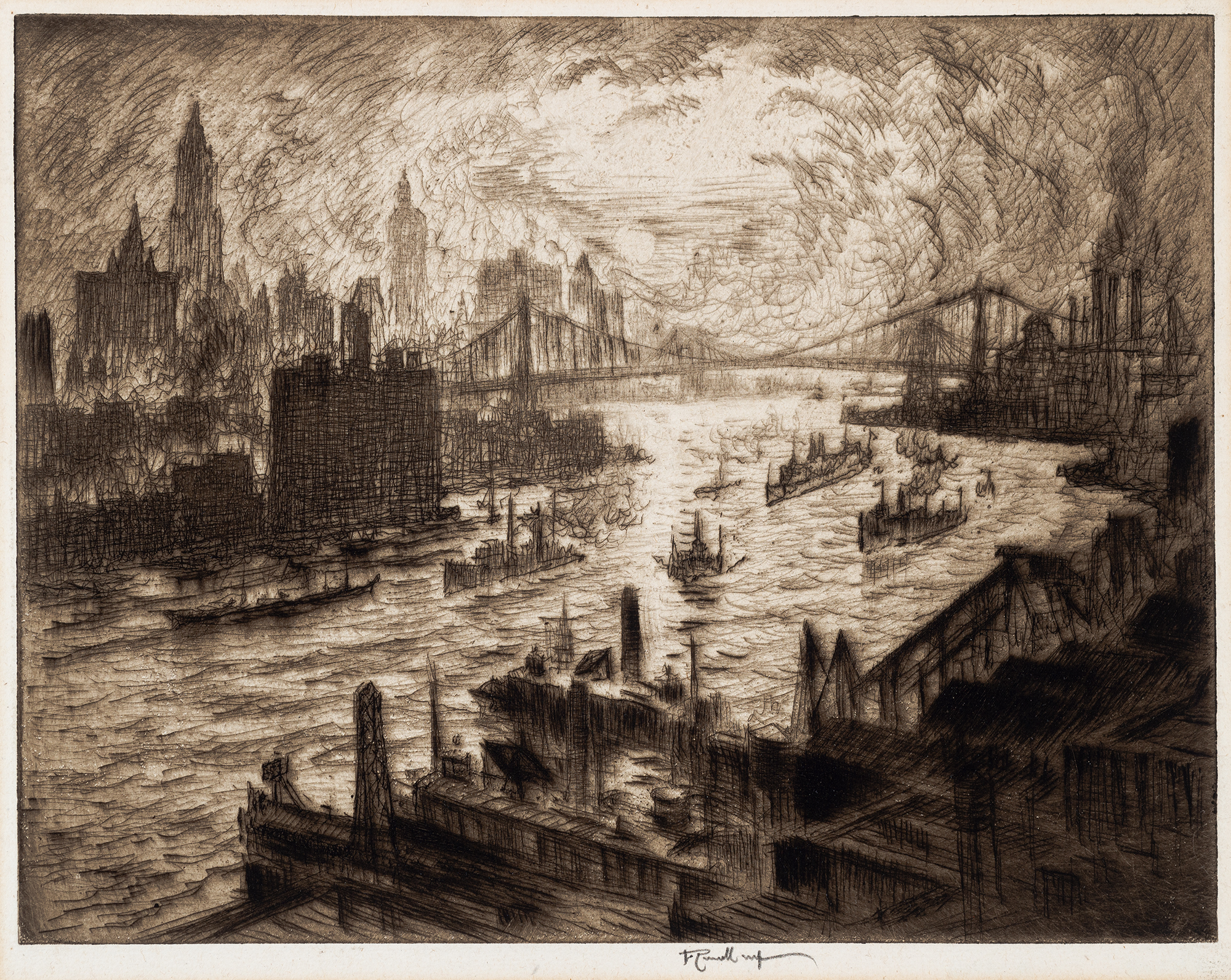 Although the style of American art unquestionable experienced changes under the influence of modern trends that had developed in Europe since the late 19th century, the clearly recognizable image was but rarely abandoned. One of the most important print makers of the early 20th century was Joseph Pennell, born in Philadelphia in 1857. By American standards Pennell was thoroughly modern. In his 1915 etching titled Sunset, From Williamsburg Bridge, the style is loose and fluid and exhibits less interest in precise photographic detail than in mood and quick visual impressions.