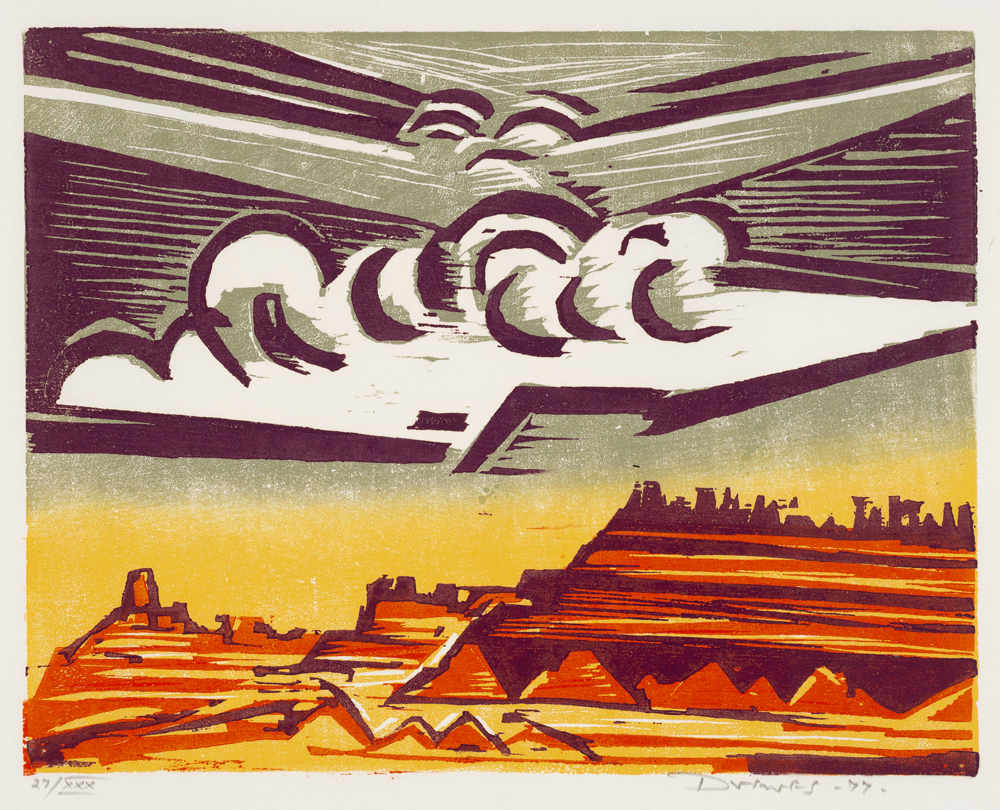 Drewes is often credited with helping bring abstract art to America. Born in Germany, the artist studied architecture and design at the famed Bauhaus art school, where he attended Wassily Kandinsky’s weekly painting classes and befriended such masters as Lyonel Feininger, Laszlo Moholy-Nagy, and Josef Albers. In 1930, Drewes left Germany and moved to the United States, where he immediately attracted the attention of critics, curators, and gallerists. In 1934, Drewes began his storied teaching career, joining the staff of the Brooklyn Museum. He would later teach at Brooklyn College, Columbia University, and Washington University in St. Louis, all while continuing to exhibit at some of the most prominent galleries in the country. Drewes was also a founding member of the avant-garde American Abstract Artists group.