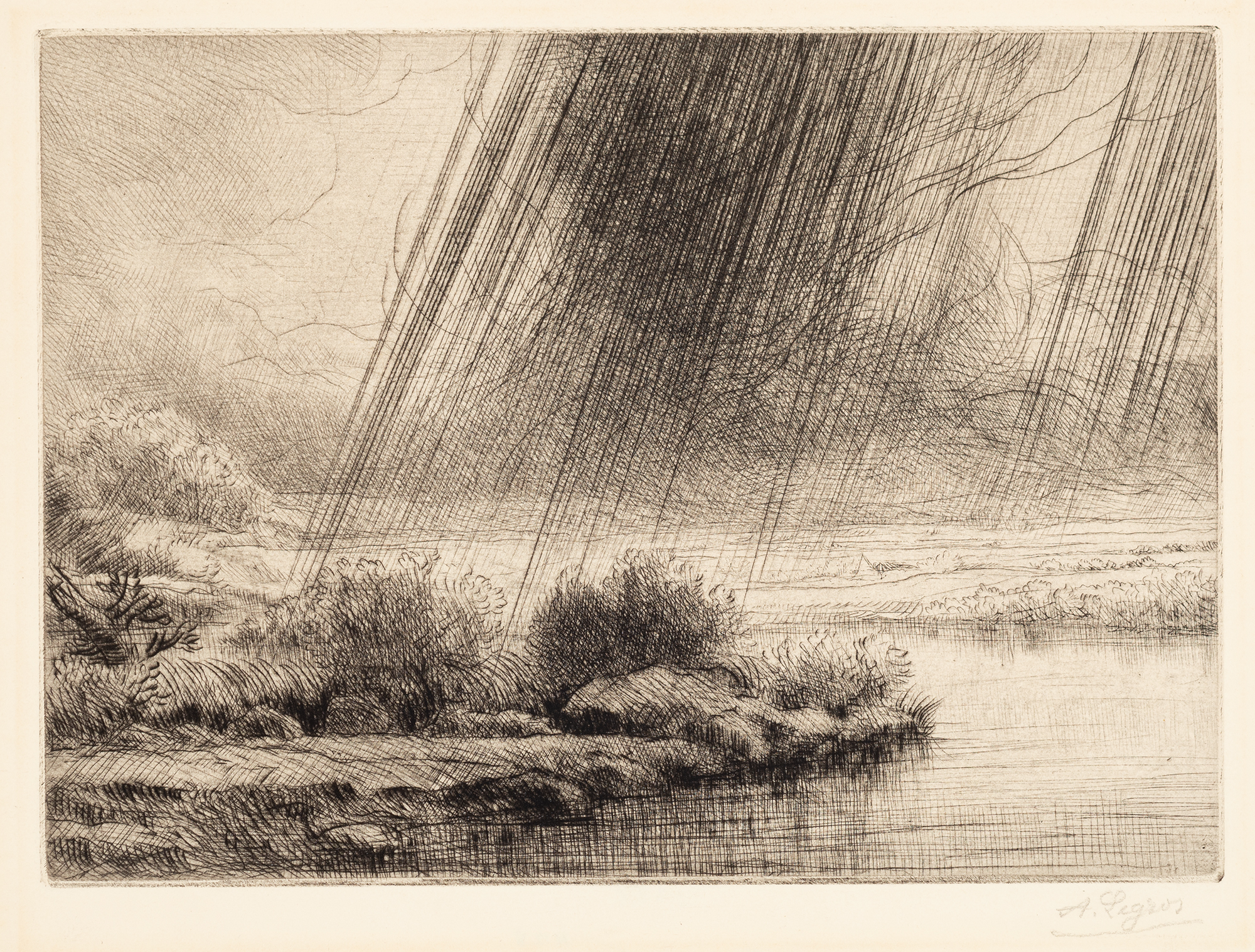 Legros came from a poor family and worked very hard for the opportunity to become an artist. At age 14 he made his way to Paris where he began his studies. Six years later he began to exhibit his work in the Salons. As his interest in printmaking grew, he joined with Bracquemond and others to promote etching as a creative art medium.

Legros, encouraged by his friend Whistler, traveled to London in 1876 to take a job teaching at the University College. There he was able to continue his own work and to establish a training program in printmaking of very high standards.