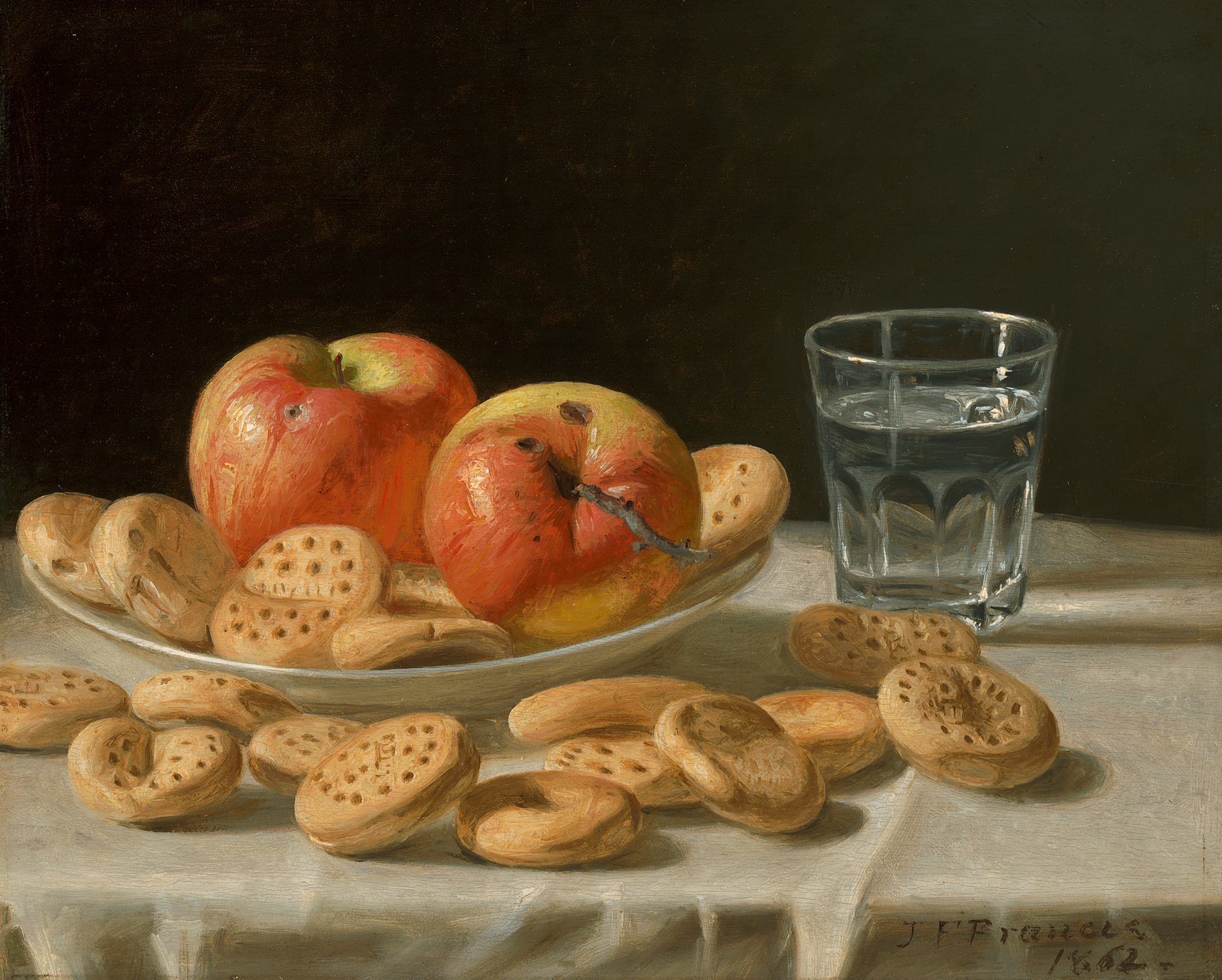 Born in Philadelphia, John F. Francis began his career as an itinerant portraitist. However, by the 1850s Francis had turned his attention exclusively to still life imagery. The artist exhibited and sold his meticulously rendered arrangements of luncheon and dessert settings in major cities.

The Wichita Art Museum’s paintings of Apples and Biscuits documents mid-19th century America’s aesthetic preoccupation with empirical experience as well as the distinctive style of one of the most important American still life painters of the period. Francis’s portrayal of such humble details as the blemishes on the apples and of varied positions for each hard oyster cracker reflected the general delight of painters and audiences in the specific minutia of ordinary objects. Remarkable for his time, however, was Francis’s use of fluid brushwork and impasto highlights in the definition of form.