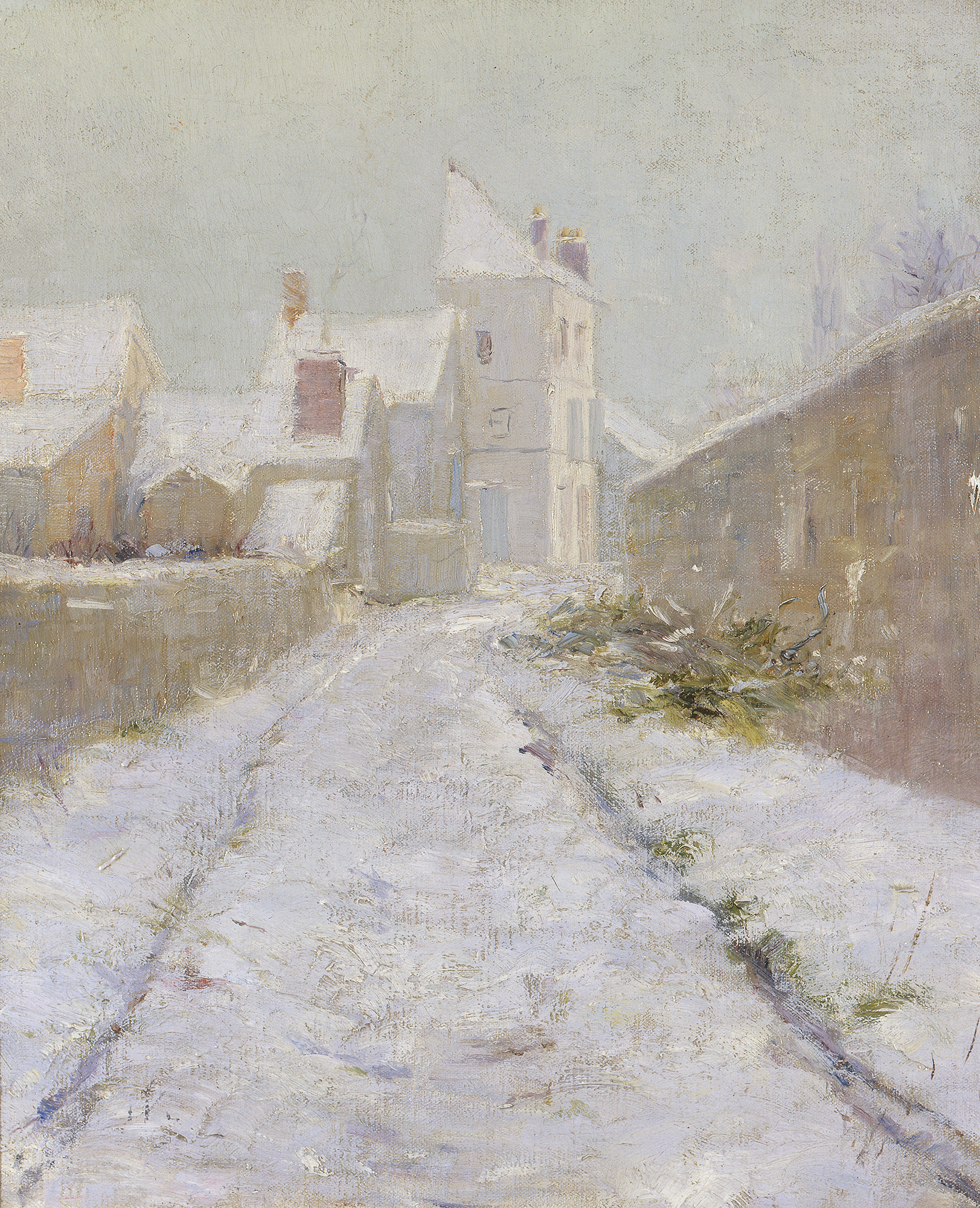 Sona Johnston, who edited Robinson’s diaries and published a monograph on the artist, visited Giverny in the 1970s and reported to the painting’s owners, John and Mildred Graves, that the street and church which Robinson portrayed here looked much the same. The French Impressionist Claude Monet made his home in Giverny in 1883, living and working there until his death in 1926.

Monet’s presence in Giverny attracted aspiring young artists, particularly Americans, to this quiet village to paint. From 1886 through the close of the 1920s Giverny became an art colony, an inexpensive and stimulating summer retreat or temporary home for three generations of American artists.

One of these young men, Theodore Earl Butler, married into the Monet family and remained in Giverny. Theodore Robinson spent the better part of five years there and was one of the few art colonists to actually establish a friendship with Monet.

Frederick Frieseke, who headed the second generation of American artists in Giverny, became so enamored of the village that he spent most of his career there. All of the pilgrims to Giverny were influenced to some degree by the Impressionist aesthetic—painting out-of-doors in order to record the nuances of color generated by varying conditions of weather and light.