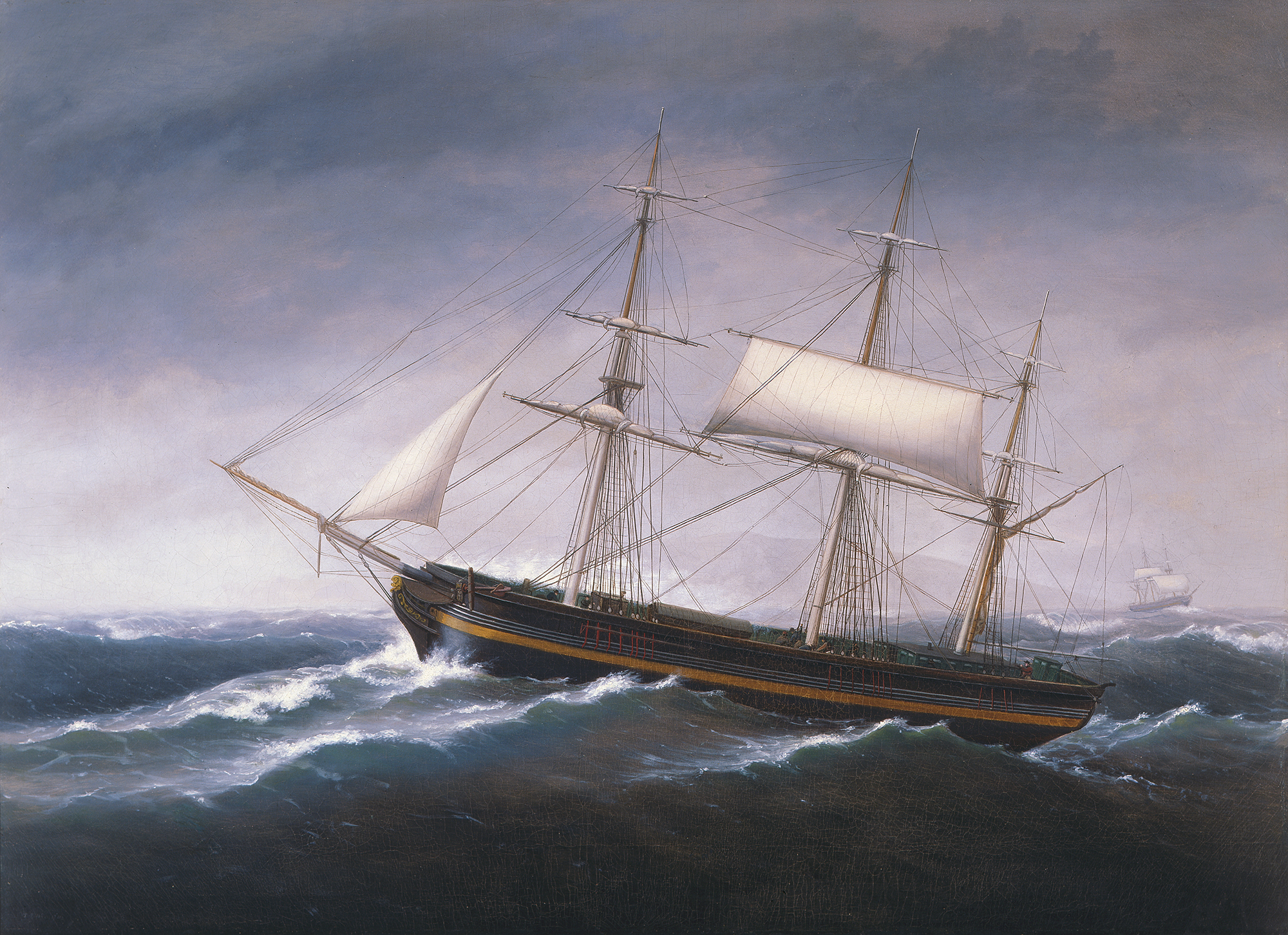 With the growth of foreign commerce following the Revolutionary War and throughout the 19th century, marine views became popular subjects for American painters. Indeed, soon after the adoption of the U.S. Constitution, early Congressional legislation proved especially favorable to American shipping beginning with the Act of July 4, 1789, which allowed tariff duty discounts on foreign merchandise imported in American-owned vessels. And subsequent legislation throughout the late 18th and early 19th centuries of­fered further economic stimulation of American ship­ping.

This work executed in 1802 by Thomas Birch and simply titled Ship at Sea is a portrait of an unidentified ship sailing across rough seas. In the background, a rocky coast is barely visible through the dense mist. At the far right of the composition, a small vessel can be seen sailing off in the distance. Dark threatening clouds suggest a brewing storm. Of particular interest is the precise treatment of detail and the convincing portrayal of movement, space and fluid water with cresting waves. Indeed, while this is one of Birch’s earliest marine paintings, it is also one, which clearly demonstrates both the technical control and the keen ability for careful observation which were to characterize his work throughout the mature years of his long and distinguished career.

Birch was born in London in 1779 but emigrated to the United States in 1794. For a time, he worked as an engraver with his father, William Birch, whom he ac­tively assisted in producing a well-known series of historical views of the City of Philadelphia. No doubt it was the busy port of Philadelphia, which inspired him to paint marine subjects. And buyers of competent marine painting were readily available, for not only American painters but Americans as a whole were now becoming increasingly aware of the sea and of sailing ships with the steady growth of the merchant marine and the ex­panding prosperity resulting from the ship-building in­dustry and re-expansion of maritime trade, a fact which certainly contributed to Birch’s frequent interest in marine subject matter. However, Birch was also an ac­complished and widely recognized landscapist and por­traitist and was elected president of the Pennsylvania Academy of Fine Arts. He died in 1851 at the age of 72 years.