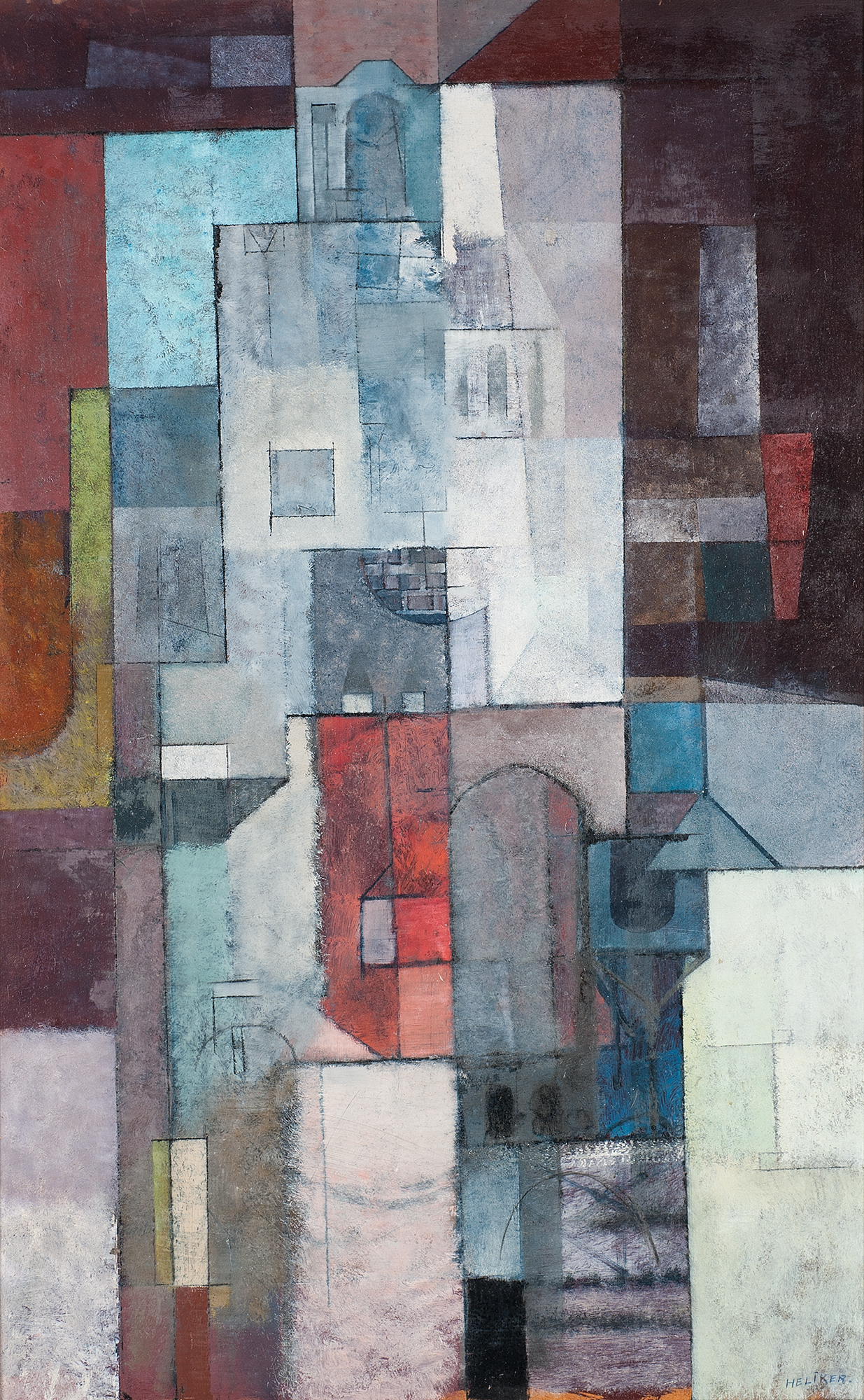 From a letter to Elizabeth Navas by John Heliker:

“San Sepolcro was begun in Rome last summer (1952) and completed in New York the following winter, and refers to one of the many medieval towns north of Rome I found so stimulating and rich in architectural motifs . . . The simplicity of these age-worn forms, the church towers and pavements lend themselves well to a painting concerned mainly with sound structure, not overly recessive spatially, and in which line is confined mainly to the simplest (straight) though often quite textural; also the element of color appealed to me greatly in these places.”