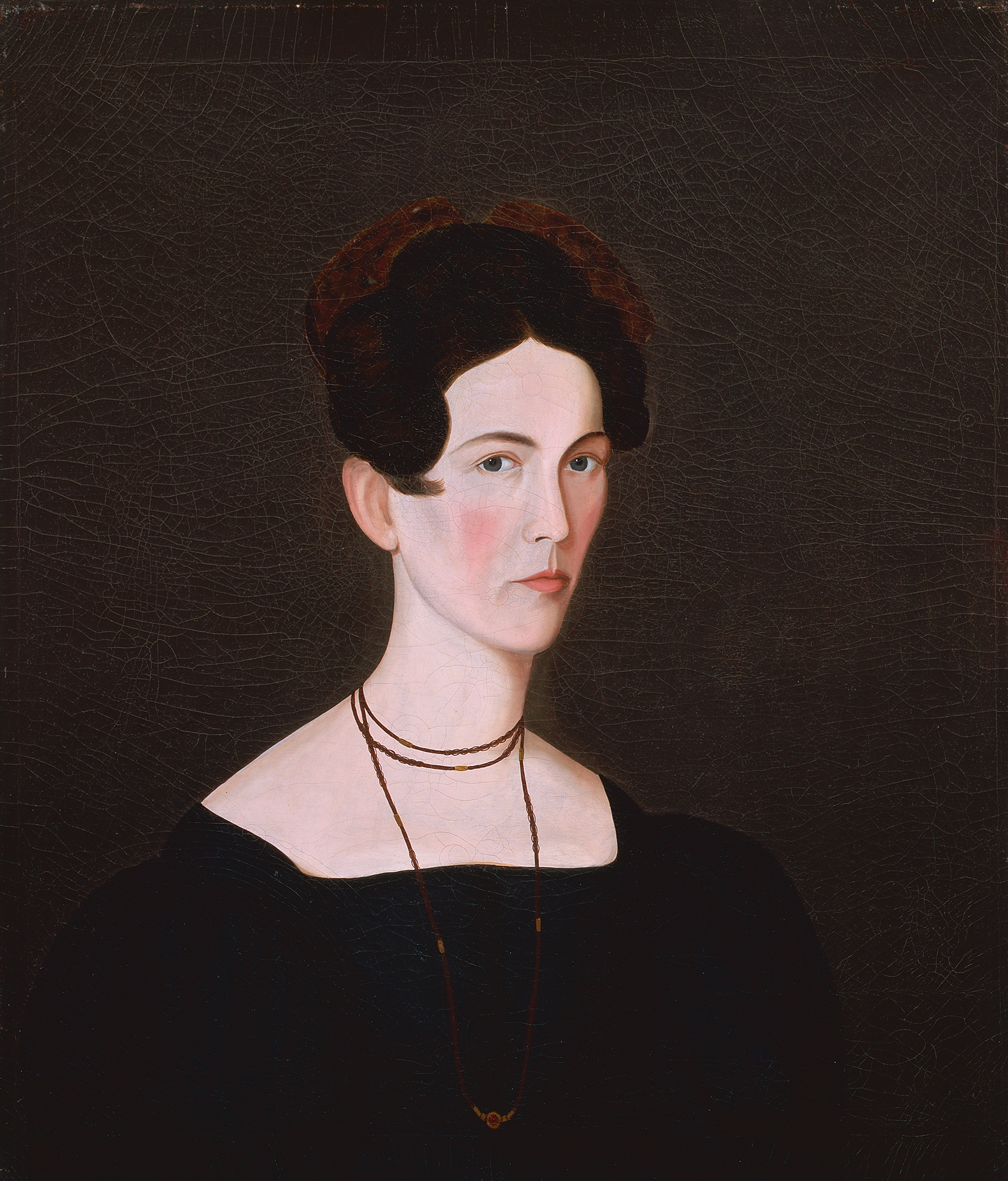 Close to the roots of the American character were the portrait paintings of a largely anonymous body of folk artists. Two outstanding examples are the so-called Saco Bride and Saco Bridegroom. These titles were bestowed by the late Edith Gregor Halpert who discovered them in the town of Saco, Maine. In 1959 Mr. Dane Yorke, librarian of the McArthur Public Library in Biddeford, Maine, tentatively identified the subjects as William and Elizabeth Cutts who, according to the Pepperell-borough (no Saco) town records, were married in Saco on October 7, 1821.

The style of the woman’s dress and the arrangement of her hair would suggest a date nearer 1830 then 1820. While a later dating would not invalidate the identity of the subjects, it would infer that the paintings are not marriage portraits. It has been suggested that the Maine portrait painter, John Brewster, Jr. (1766-1854) may be the artist. Though the paintings lack Brewster’s characteristic modeling, the attribution is tempting. Like Brewster’s work, the Saco portraits are less stylized and more assured in their draftsmanship than many folk portraits of the period. Above all, it is in the glowing flesh tones and a certain grasp of personality that the works are closest to those of Brewster.