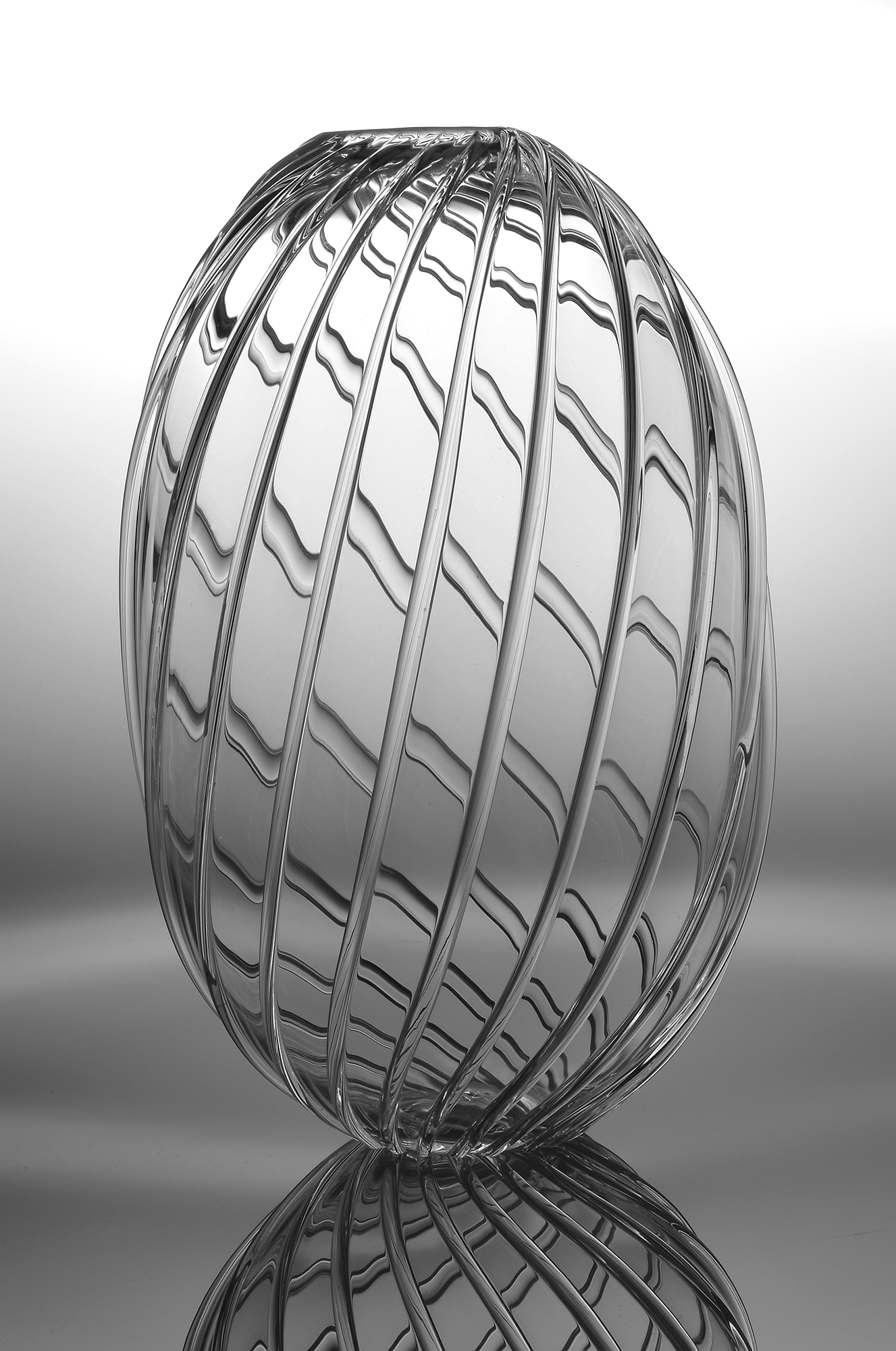 During the Middle Ages and Renaissance the Venetian monopoly on artistic glass was maintained by an absolute prohibition on sharing knowledge of the craft with anyone outside the Serene Republic, and the penalty paid by any craftsman who shared the secrets of Venetian glass with another community was assassination. In a reassuring sign that we now live in a far more international world, one particular Venetian glass artist has achieved celebrity status at home for the glass he has produced in cooperation with American glass factories and studios. That artist is Lino Tagliapietra, who, beginning in 1979, established an artistic exchange between fellow glass blowers on both sides of the Atlantic that continues to flourish and to inspire new heights of artistic creation by Venetian and American glass blowers.

Tagliapietra was born on the Venetian island of Murano in 1934. At about the age 11 he began the intense program of living and learning a craft that begins with apprenticeship and ends with status as a master, a title he attained at age 21. For approximately the next twenty years, he worked for various Venetian glass houses, including Galliano Ferro, Venini, and La Murrina. In 1976 he moved from production to design as head designer at the glass firm of Effetre International. Perhaps the most radical change in his life took place in 1979, when he was invited to teach at the Pilchuck Glass School, just north of Seattle. (Pilchuck, co-founded by Dale Chihuly in 1971, is the world’s largest educational center for artists working in glass.) To the school that then denigrated technique and craftsmanship in favor of form and color, Tagliapietra’s introduction to the centuries-old traditions of perfect form in the blowing process and virtuoso decorative techniques was revolutionary.

By century’s end, Tagliapietra had achieved two further distinctions that would crown any career in glass making. First, he was honored with the Glass Art Society’s “Lifetime Achievement Award,” then appointed artist-in-residence at the Steuben factory in Corning, New York. Twenty of the finest vessels produced at Corning were featured in a 1998 one-artist exhibition titled Clearly Lino Tagliapietra: Masterworks in Steuben Crystal, at the Steuben gallery in New York City.

Riflessi IV was one of those twenty unique pieces produced for Steuben. Tagliapietra’s challenge at Steuben was to find an equivalent in colorless crystal for the brilliant color effects for which he is famous. His solution in the “Riflessi” series was, literally, brilliant. He created a flowing ovoid form around which he pulled up diagonally placed ridges of glass by using metal tools when the glass was still hot and molten. The vessels were then hand polished by Steuben craftsmen to achieve a gem-like surface. The result is appealing to the eye for the way in which the ridges capture color of light and wrap it around the surface of the vessel—thus the title, which translates as “reflections”.