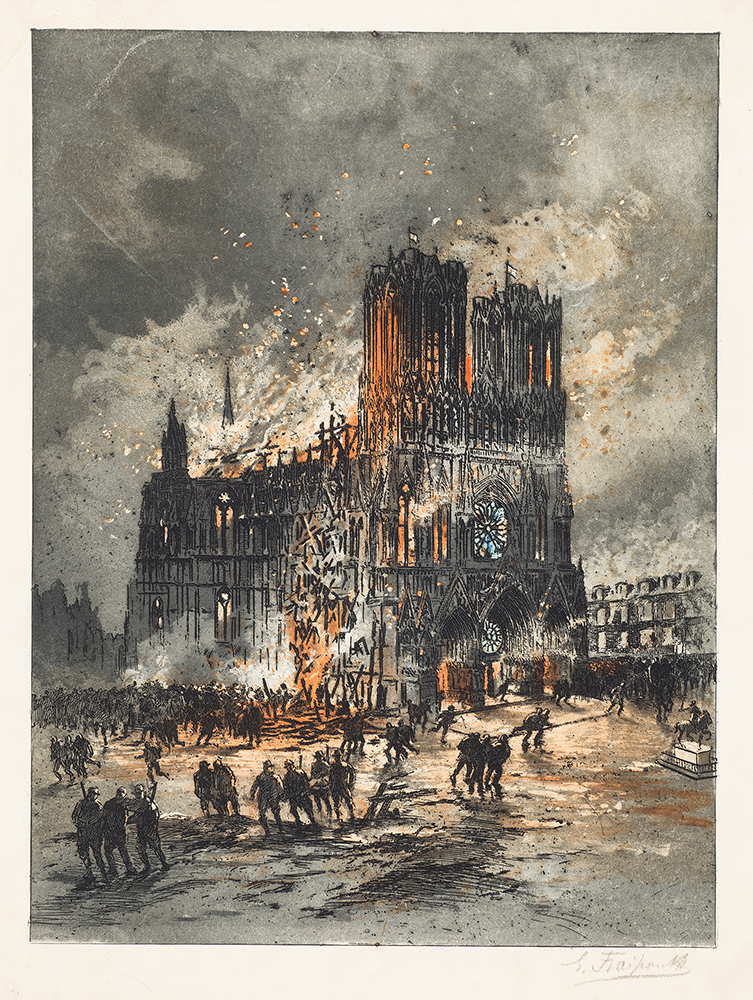 Reims Cathedral in Flames, about 1914

Reims Cathedral, also known as the Cathedral of Notre-Dame at Reims, stands as one of the most highly revered architectural feats of the French High Gothic Period.

Fraipont makes reference to the devastation of World War I on the nation through the depiction of this church. Living in France, Fraipont was on the front lines of some of this devastation that ensued and focuses this horror into his art. During the first World War, the cathedral in all of its elegance was bombed and damaged by hostile bombs. Reconstruction of the site began in late 1919 and the cathedral reopened to the public in 1938.

This remains a highly depicted subject matter in art due to the immense amount of history that surrounds the area from architecture, art, or history.