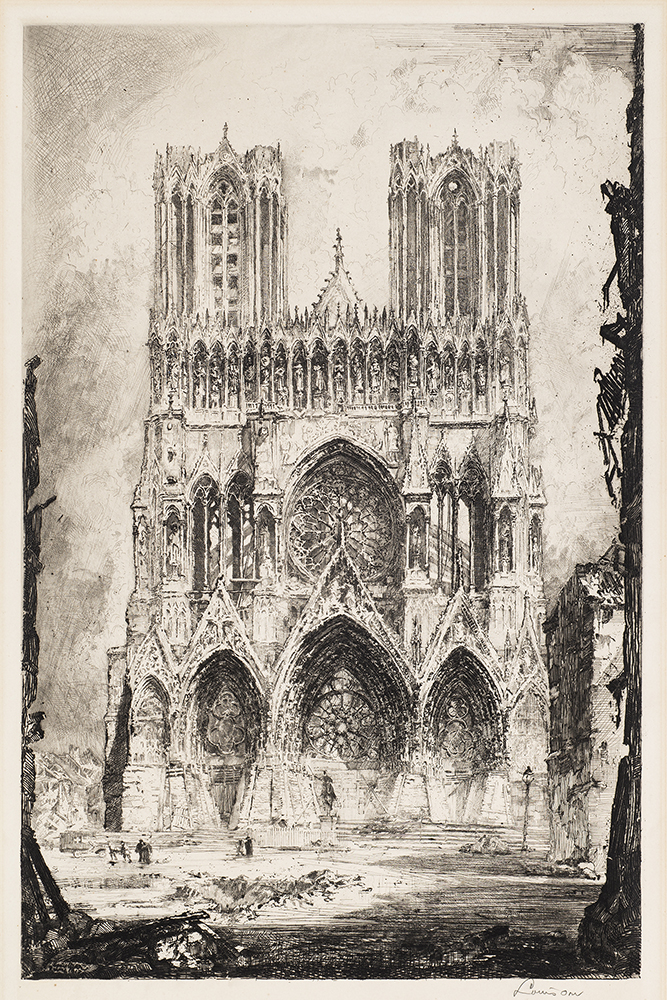 In the opening weeks of World War I, German soldiers shelled Reims Cathedral, enraging both French troops and the French people. Printmaker Louis Orr—an American who lived in France and had joined the French army to work as a war artist—was commissioned by the French government to document the building’s condition. Orr braved an active war zone to sketch on-site, noting that “14 shells fell” while he was inside the cathedral. Orr’s prints are some of the most powerful images of the war and served as potent anti-German propaganda.

The coronation site of French kings, Reims Cathedral had been one of France’s most important national symbols for over 1,000 years by the start of WWI. In the aftermath of the destruction, French author Georges Bataille noted that “with closed doors and shattered bells, she had ceased to give life… corpses themselves did not mirror death more than did the shattered church.”