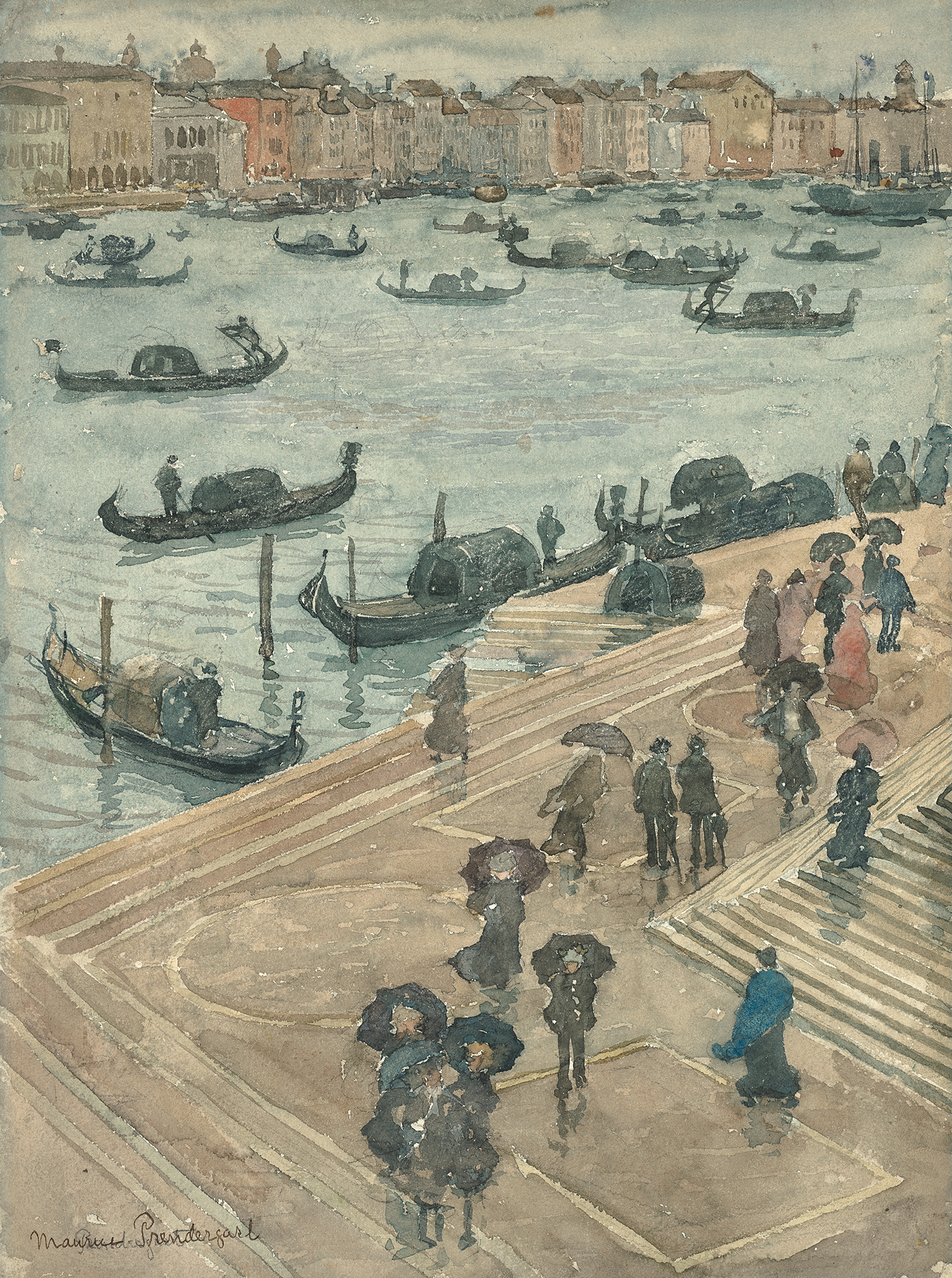 In the early nineties, Prendergast was painting in Paris and Normandy, and in 1898 he worked in St. Malo and Venice. The watercolor Rainy Day, Venice, is a definitive example of the period. The picture displays Prendergast’s freshness; it is full of weather, the outdoors, and the movement of the crowd. The diagonal composition and high viewpoint suggest the influence of the Japanese print.

“The work done in Italy,” stated Hedley Howell Rhys, “has a sense of palpability, something akin to monumentality, with less of the feeling of a rapidly recorded, fleeting impression of a remembered moment that was so characteristic of the work he did in Paris.”1

Maurice Prendergast was born in Newfoundland but grew up in Boston. He made several trips to Europe during his career, but a major part of his life was spent in New York and Boston. He was a member of The Eight and was an exhibitor in the famous Armory Show of 1913. He became one of the few American painters who could justly be called a Post-Impressionist—bridging the gap between Impressionism and abstract art when no other American artist had yet responded to the new trend.