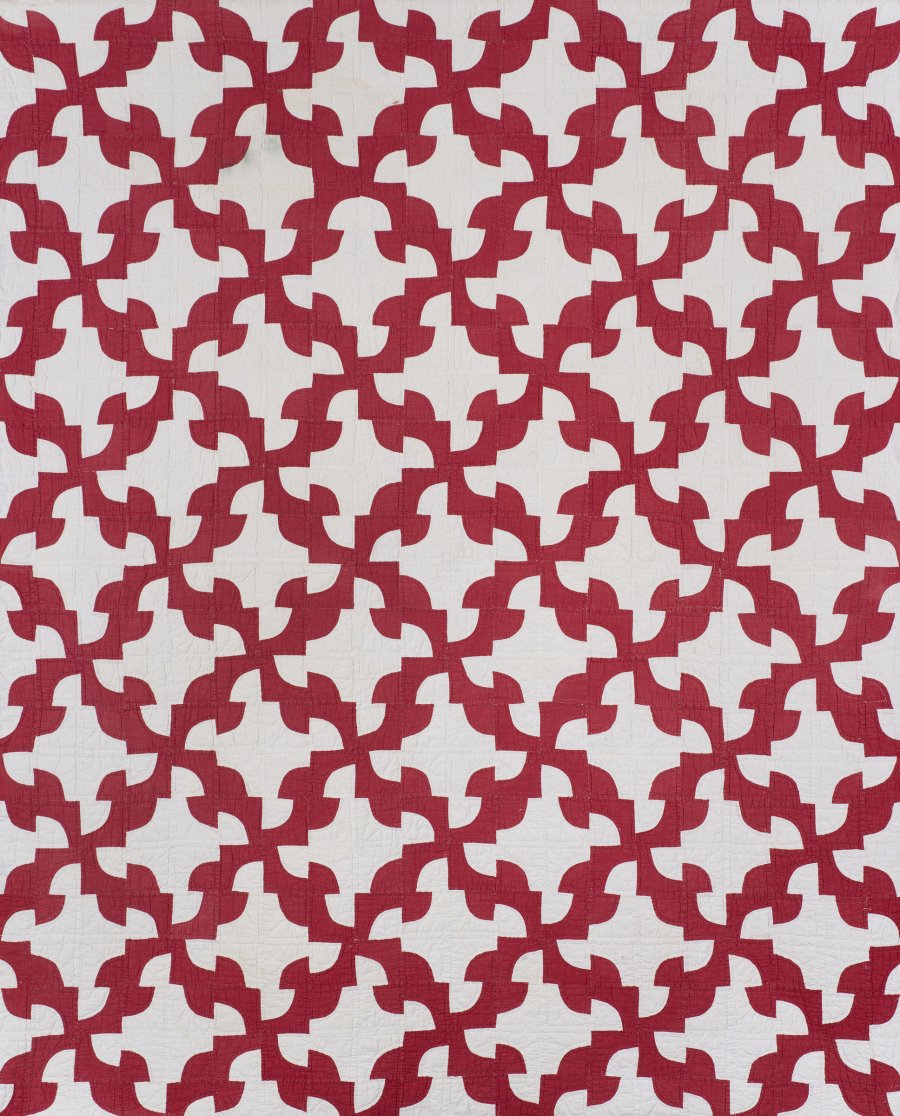 Quilt in the Drunkard’s Path pattern

This quilt is an early 20th-century example of a pattern that was developed and popularized in the years before and during the American Civil War. In the 1850s and 1860s, women made and sold quilts to raise money for abolitionist causes and quilts could be thrown over windowsills or fences to convey messages to those traveling on the Underground Railroad. The “Drunkard’s Path” pattern was a warning to fleeing slaves to take a zigzag route to avoid slave hunters in the area.