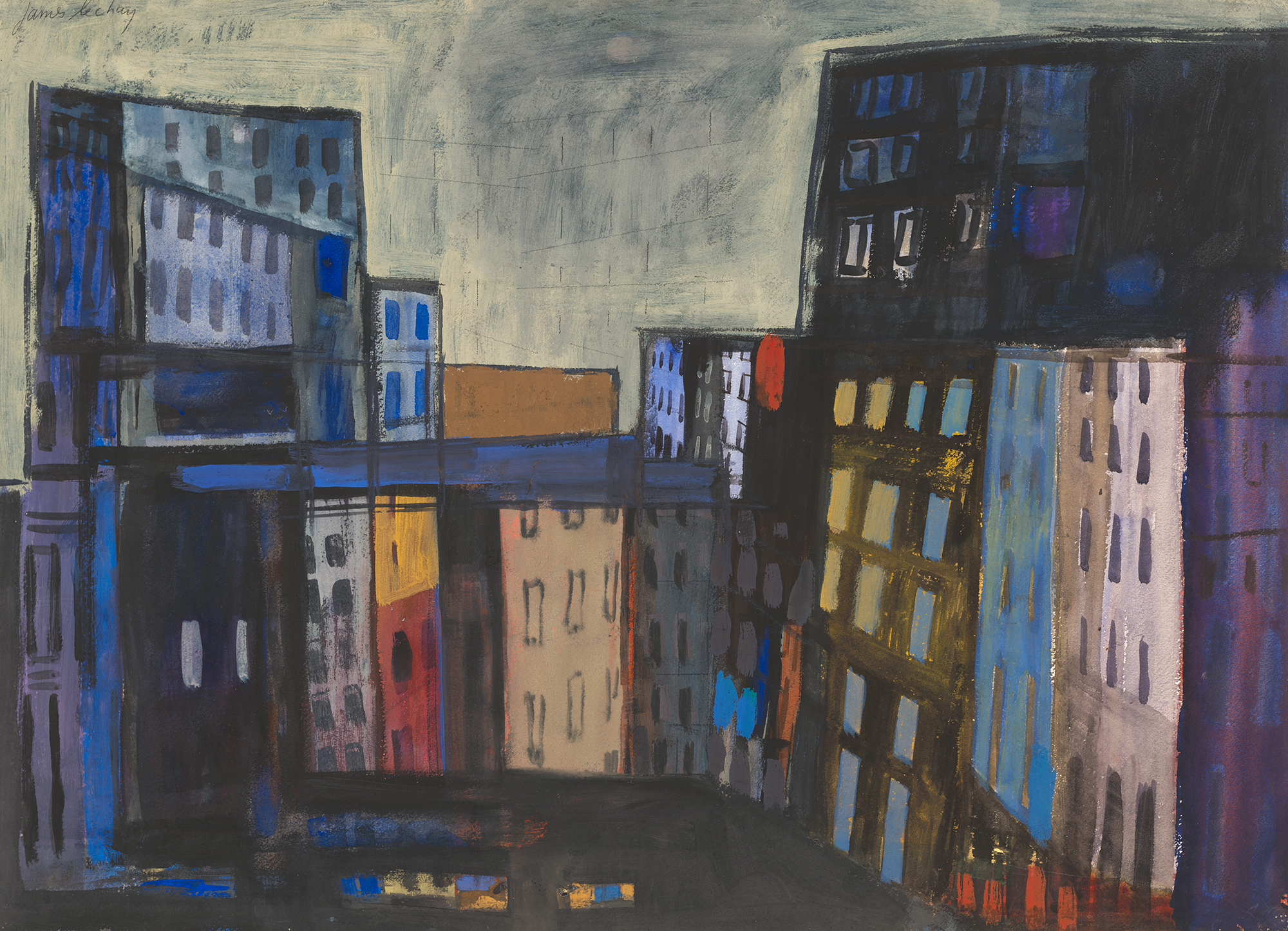 James Lechay in a letter to Elizabeth Navas, August 2, 1951

“It suits me particularly to start with the object. The result may not resemble it very closely, but a sense of authenticity must pervade the finished picture. My protoplasm demands that I start with nature to prevent a manufactured feeling. The pictures may appear as distortions. Actually, they are not distortions, they are pure invention and are units which refer in meaning to themselves only. They are not copies or distorted copies of anything. They mean themselves only and exist in a world of their own.”