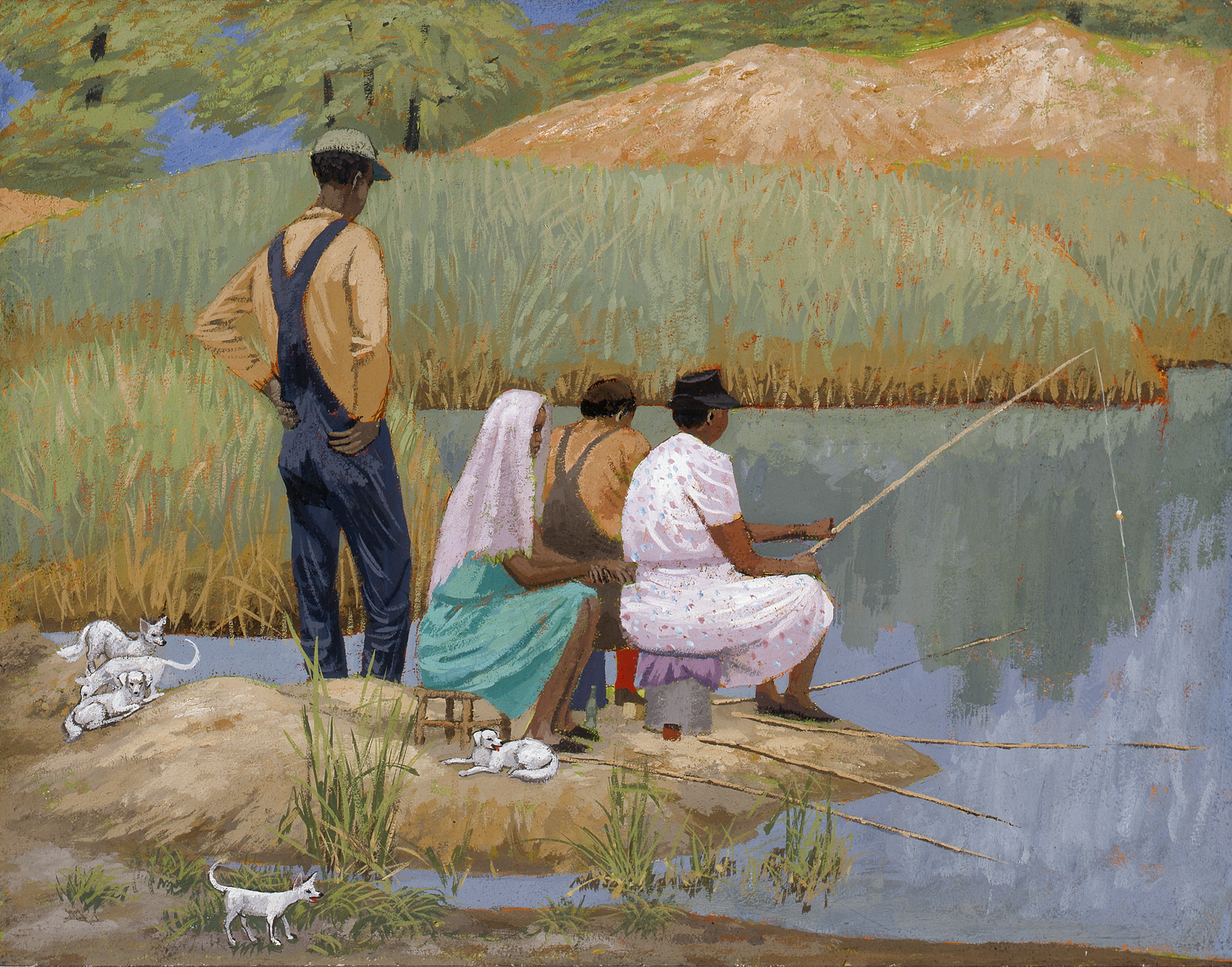 Henry Koerner was born in Vienna, Austria, and began working as an illustra­tor at an early age. The rise of the Nazis led Koerner to flee his homeland in 1938. After a year in Italy, he immigrated to Brooklyn, New York. From 1943-47, Koerner designed posters for the Office of War Information and served as a courtroom artist at the Nuremburg Trials. It was during this return to Germany and Austria after World War II that Koerner learned that his father, mother, and brother were among the Jews killed in the Holocaust. This traumatic discovery marked the decisive moment when Koerner moved beyond commercial illustration to express his personal emotions in paint.

Koerner returned to Brooklyn in 1947, and then moved to Pittsburgh, Pennsylvania in 1952. Isolated from the New York art scene, Koerner developed a unique style, sometimes integrating the complex, fantastic aspects of Magic Realism, and at other times working in a vein close to Social Realism, as seen in Pond. Described by his son as “relentlessly prolific,” Koerner worked in the Renaissance tradition of repeated studies made directly from nature.1 He also revered the Old Masters, and covered his studio with reproductions of the work of Giotto, whom Koerner called “my greatest teacher.”2 Koerner won the prestigious Gold Medal at the Pennsylvania Academy Annual Exhibition in 1949, while continuing to work as an illustrator, best known for his Time magazine covers in the 1950s and 1960s. And although he had little formal training himself, Koerner taught at several art schools, including the Art Institute of Pittsburgh.

Pond began as a sketch from a summer trip to Chattanooga, Tennessee. We sense that the artist worked from direct observation, yet the forms are simplified, and the design is tightly controlled. The influence of Cezanne seems visible in the structur­ing of three-dimensional forms in space. An atmos­phere of static calm is created through the careful balancing and arrangement of the physical masses of people and the landscape.

The painting shows four African American adults fishing in a small pond, nestled in a land­scape of rolling hills. The sun is high and bright, necessitating protection from the heat and glare. The subjects’ clothing—overalls on the men and simple dresses on the women—reveal their work­ing-class status. Both couples are intent on their activity, with all eyes focused on the multiple fish­ing lines in the water. They are anonymous, clus­tered together in the center of the composition, their bodies enveloped by the natural environment. The setting is quiet, except for the slight rustling of grass in a breeze and the panting noises of the five puppies on the shore.

Throughout his career, Koerner was con­cerned with issues of race. When he came to America, he was surprised at the segregation in the South.3 In Pond, he embeds a restrained social commentary on the economic situation of African Americans in 1949 within the simply picturesque landscape of Tennessee.