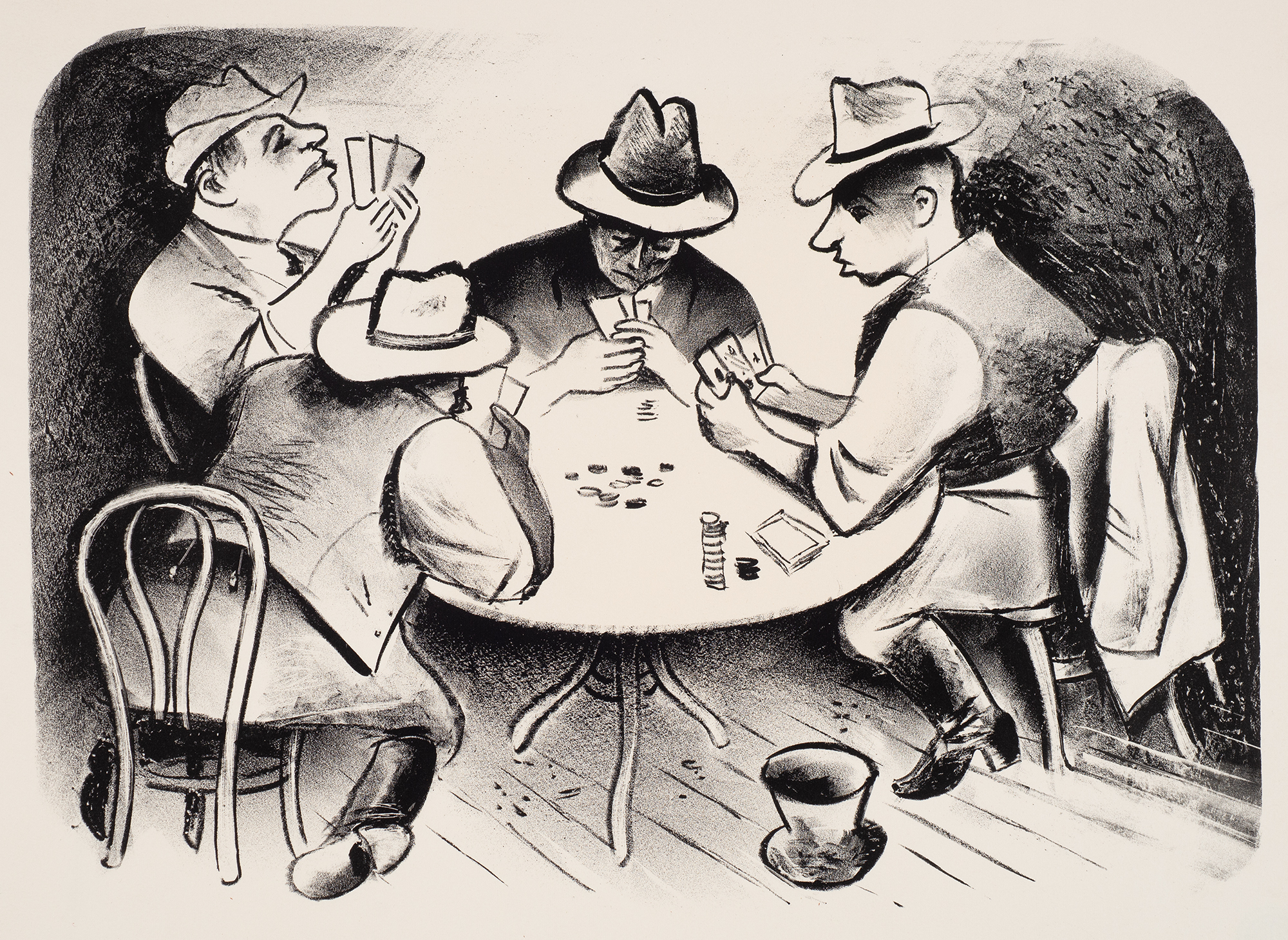 Gropper, a Works Project Administration muralist, printmaker, and cartoonist, is best known for his satirical cartoons for the New York Tribune and various radical publications. Born in New York City to Jewish immigrants from Eastern Europe, Gropper studied art at the National Academy of Design and New York School of Fine and Applied Arts (now Parson’s School of Design), as well as with artists Robert Henri and George Bellows at the Ferrer School. Following those artists, Gropper’s work focused on daily life, championing the dispossessed and mocking the rich and powerful. A committed anti-Fascist, Gropper was targeted by the House Un-American Activities Committee in 1953 and blacklisted. The event inspired his most famous print series, The Capriccios. Gropper’s work is in museums throughout the country, including the Smithsonian American Art Museum and Whitney Museum of American Art.