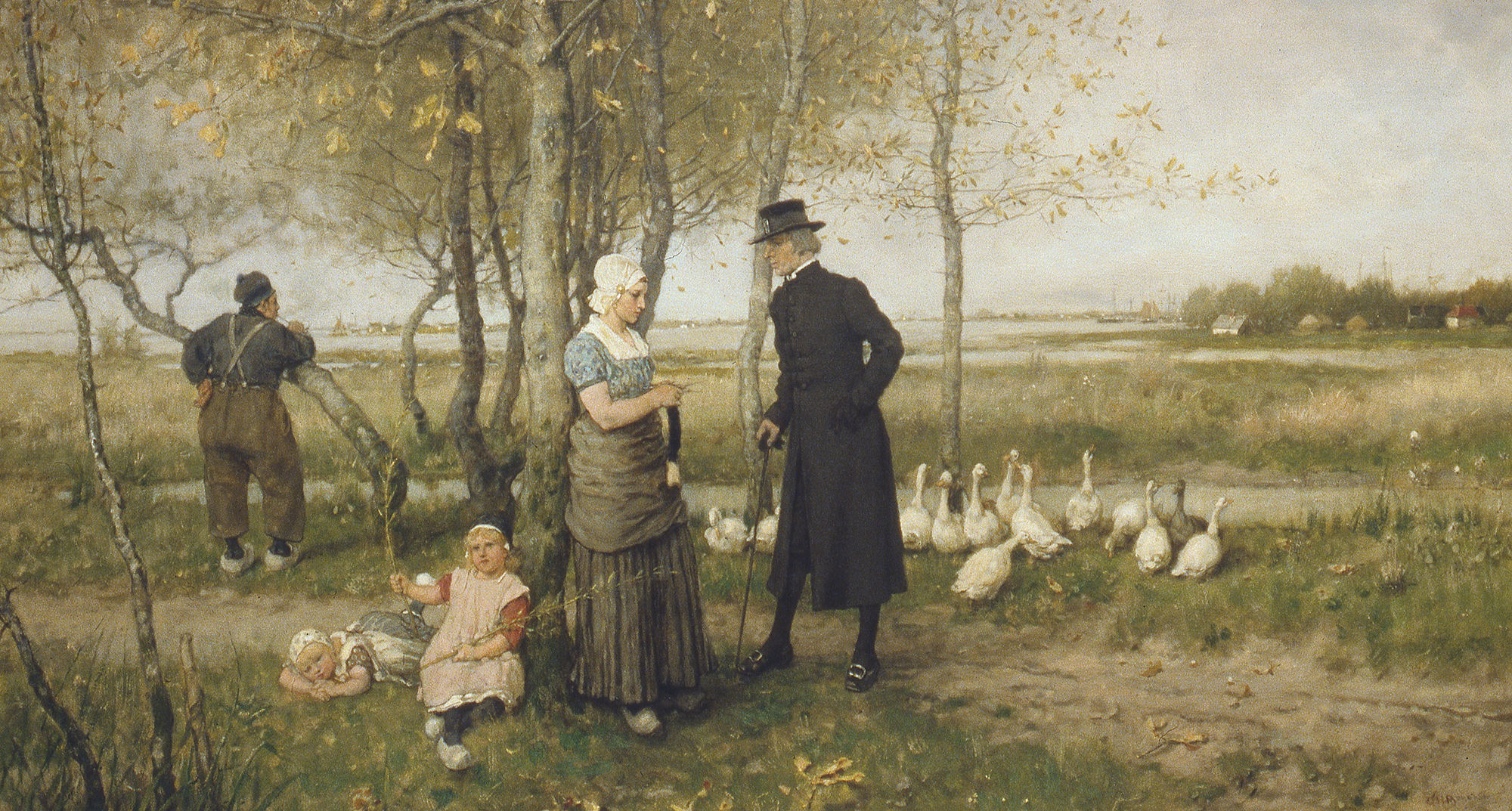 This painting titled The Peacemaker was executed by the American artist, George Henry Boughton in 1883. Boughton was primarily a landscape painter and the aesthetic interest of this piece lies largely in the refined handling of natural forms, the well-organized composi­tion and the convincing treatment of space. However, in accord with the characteristic sentiment of so many Vic­torian works of the period, the subject matter is con­cerned largely with moral teaching and in this specific instance with family unity. For here it would seem that a quarrel between the young farm wife, standing in the foreground, and her sulking husband seen at the left is being mended happily by the intervention of the country parish priest. The notion is further emphasized by what appears to be two olive branches, traditional peace sym­bols, which the young child in the foreground waves prominently before our eyes.

Boughton was born in 1834 in England, but at the age of three was brought to America and soon settled in Albany, New York where he studied art. At an early age, he gained wide popularity as a painter of land­scapes. In 1861 when he was 27, he returned to England where he spent much of the remainder of his life. However, he was elected to the National Academy of Design in New York in 1871 and at the same time was granted membership in the Royal Academy in London. The painting for which he is best known is a work in the New York Historical Society and titled Pilgrims Going to Church on Thanksgiving Morning — a painting which for many years has appeared in every young schoolboy’s and every schoolgirl’s American History book. Boughton died in London in 1905 at the age of seventy-one.