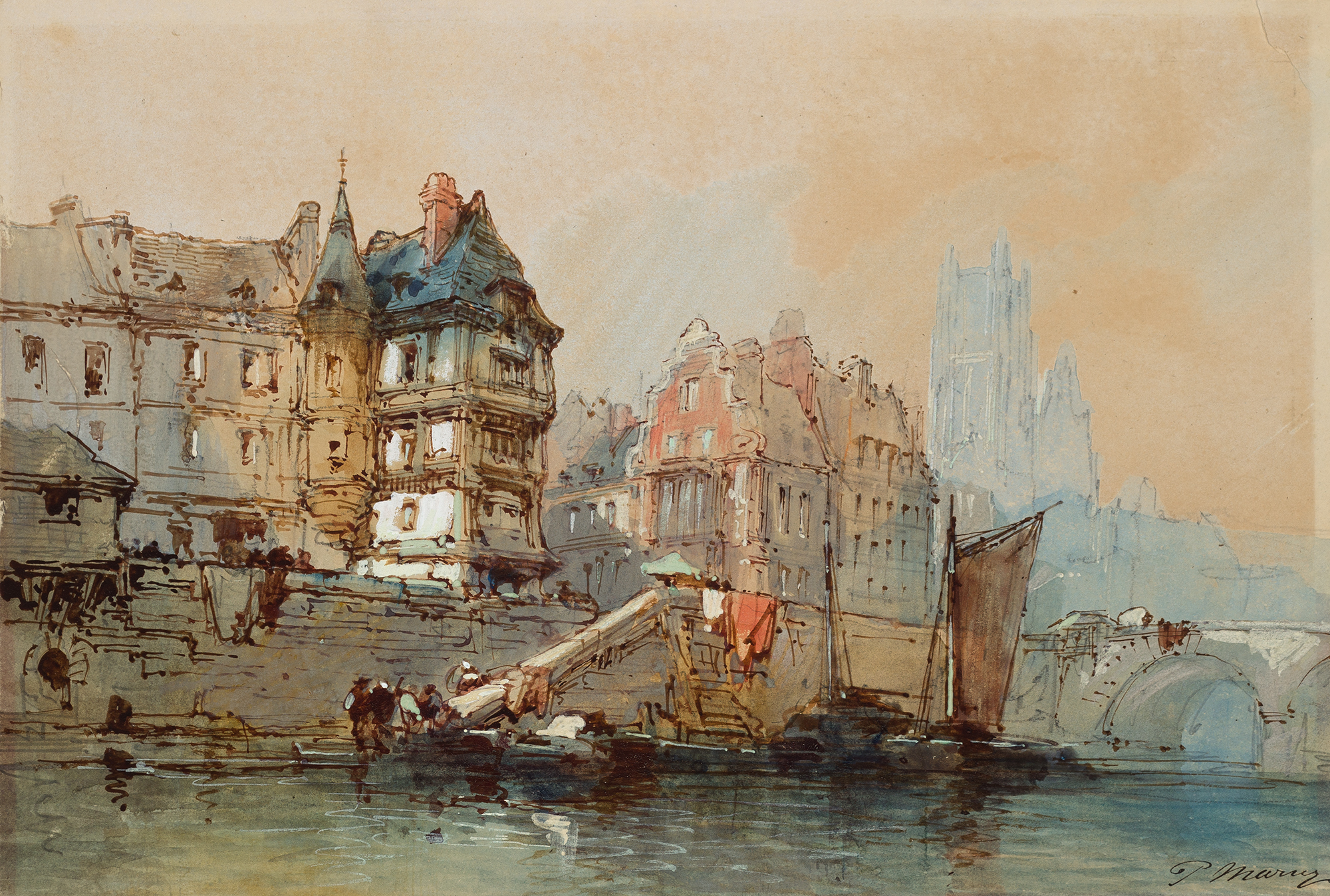 Paris, Along the Seine

Watercolor, ink, and graphite on paper

Marny depicts ta view of the gothic architecture visible throughout Paris from the most famous river in France. Born in Paris, this was a view that he would have seen often and be inspired by. This makes it a perfect subject for his art.

The attention is brought to the forefront, the building along the coast, with radiating colors, almost ethereal. Here, men in boats on the water work and carry on with their lives, unphased by the beauty around them. We are only faced with the tall, gothic cathedral in the background at a second glance. In focusing the image, Marny displays the gothic inspired elements of the architecture in everyday life as it grew in popularity over the 20th century.