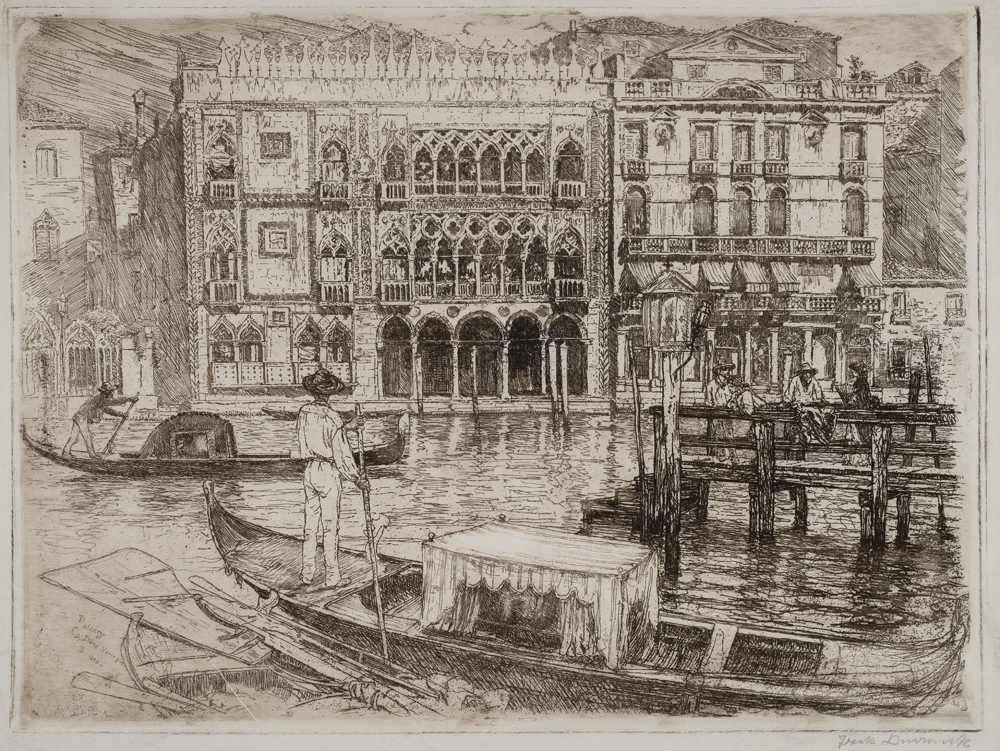 Born in Kentucky to German immigrants, Duveneck—like many artists of his generation—spent much of his career in Europe. In 1869, the 21-year-old moved to Munich and enrolled at the Royal Academy of Fine Arts. After a brief return to America, Duveneck established his own school and studio in Munich, which became popular with young American artists studying abroad. His students included such prominent American painters as John Henry Twachtman. Originally a painter, Duveneck began making etchings in 1880. His printmaking was inspired by the work of James McNeil Whistler, whom Duveneck met in Venice. Continuing to paint and make prints, Duveneck returned to the States in 1890, where he taught at the Art Academy of Cincinnati.