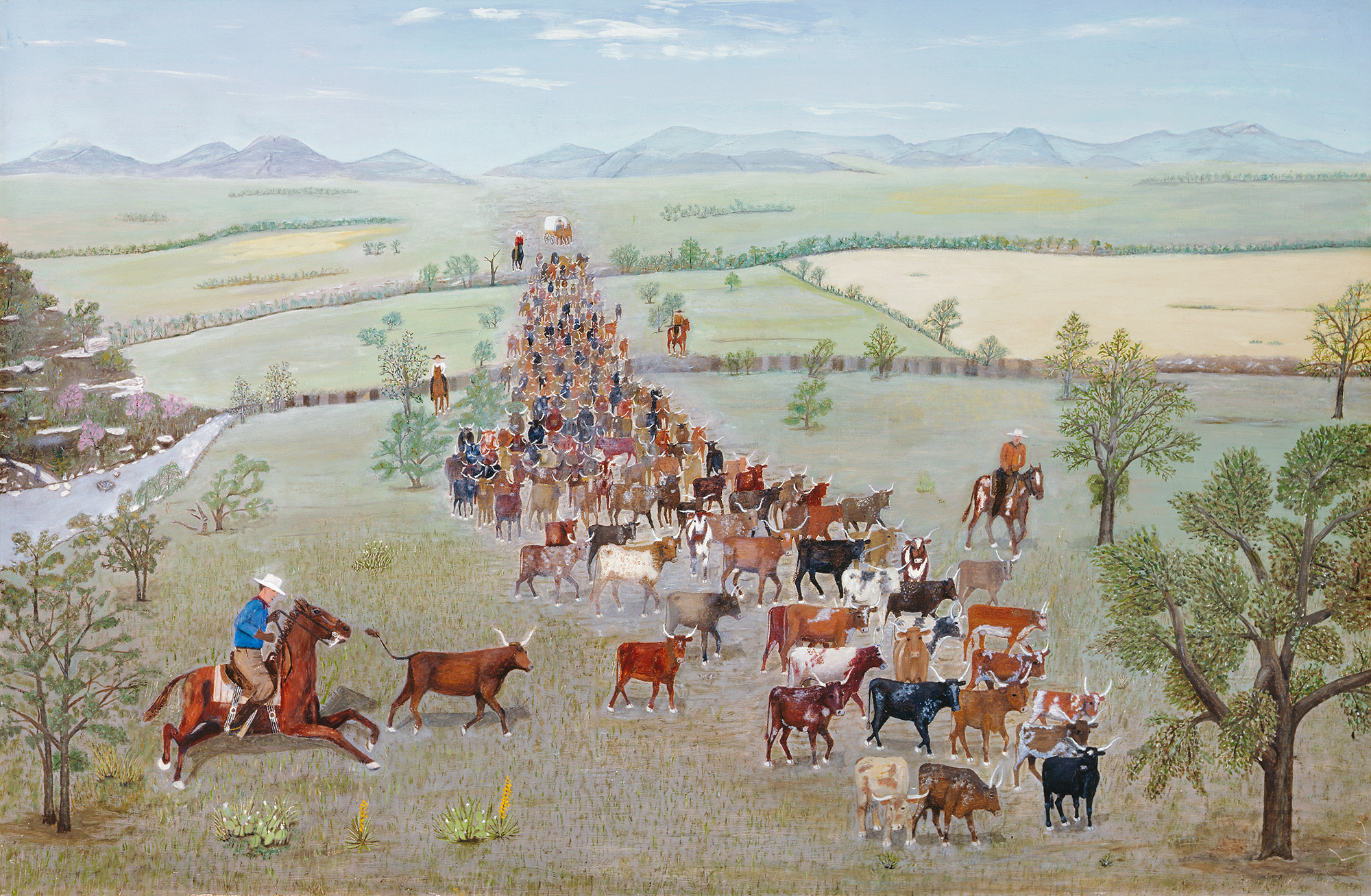 Clara McDonald Williamson’s paintings are recollections or ‘memory pictures’ of her girlhood life in the rural Texas of some seventy years ago. She succeeds as no other artist in capturing the very essence of early Texas. As a child Aunt Clara often watched the Texas longhorn herds as they passed by Iredell. The Old Chisholm Trail depicts the famous route along which millions of cattle were driven from the Texas range to rail heads in Kansas. As in the work of all primitives, there is a decorative simplicity in the picture but, coupled with this, is a breadth of imagination that raises Mrs. Williamson’s painting from the merely quaint and charming to the stature of fine art.

Clara McDonald Williamson (nee Clara Irene McDonald) was born in Iredell, Texas. “Aunt Clara” did not begin painting until after her children were grown and her husband had died. She was then nearly seventy. Though Aunt Clara had some formal training, both at southern Methodist University and the Dallas Museum School, she is largely self-taught and most of her important paintings are classified as primitive or naïve.