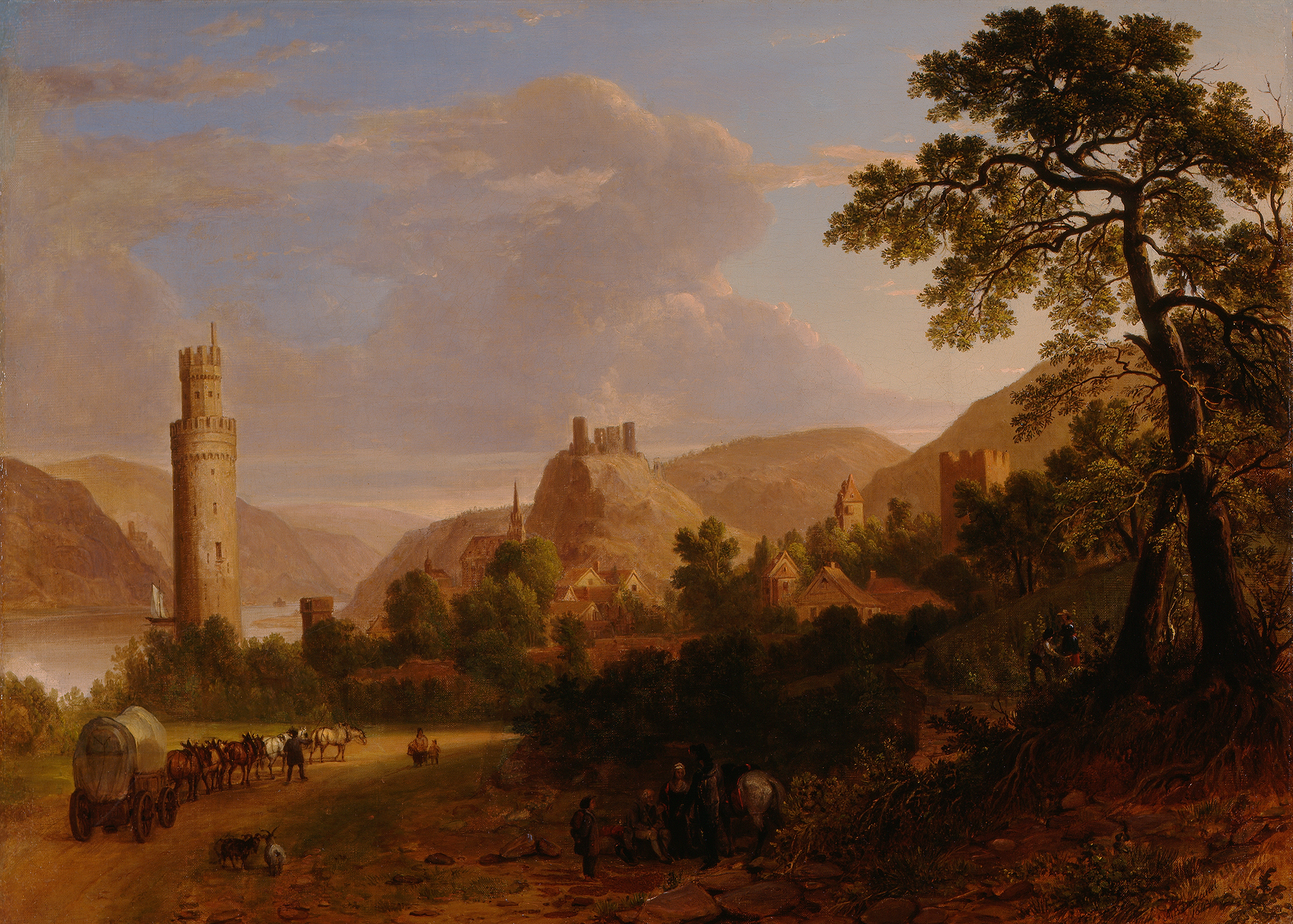 Oberwesel on the Rhine

Asher B. Durand was over 30 years old and the leading commercial engraver in the United States when he decided to become a painter. Accompanied by two other beginning American painters Durand traveled to Europe in 1840 to learn about high art.

This painting of a German town, Oberwesel on the Rhine, resulted from that grand tour. Durand was later to argue that American artists should not bother to paint European scenery or to clutter up nature with historic ruins. He encouraged American artists to get their inspiration directly from the nature of their own experience, the American wilderness. Durand was a major painter in what became known as the Hudson River School.