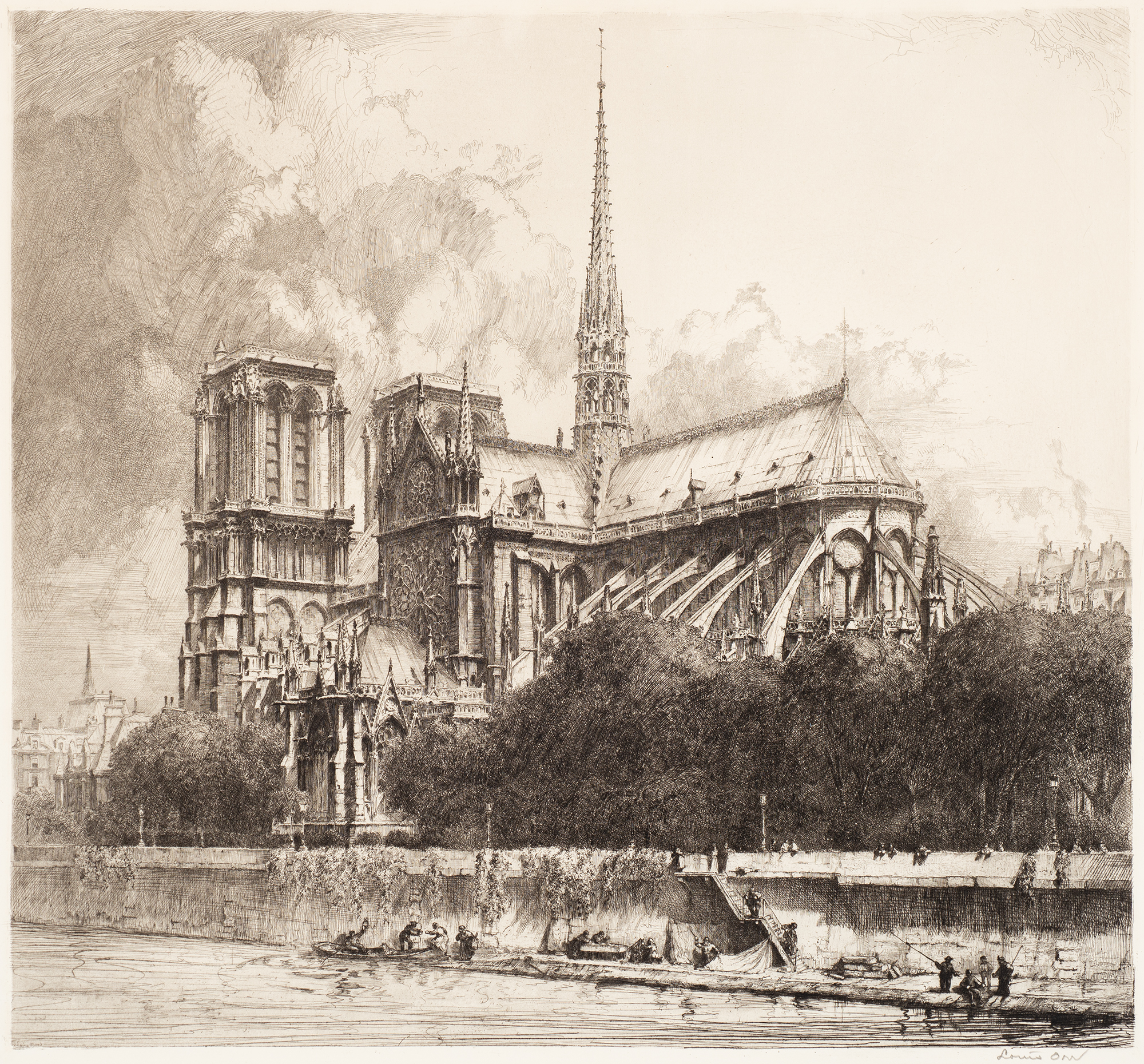 Like many American artists at the turn of the century, Louis Orr went to Paris—at that time, the art capital of the world—to study. He never escaped the lure of the city and lived on and off in France for the rest of his life, continually depicting its most famous monuments. In Notre-Dame de Paris, Orr pictures the city’s most iconic building as seen from a bridge over the Seine River. Notre-Dame rises majestically over the river, with the church’s famous flying buttresses, majestic stained glass windows, and towering spire transporting the viewer to the most magical of places.

One of the most famous buildings in the world, Notre-Dame was originally constructed between 1163 and 1250, one of the first and most innovative Gothic churches built in Europe. Over subsequent centuries, the building slowly fell into disrepair, ravaged by time, neglect, and war. But the cathedral rose to renewed prominence in the 19th century.