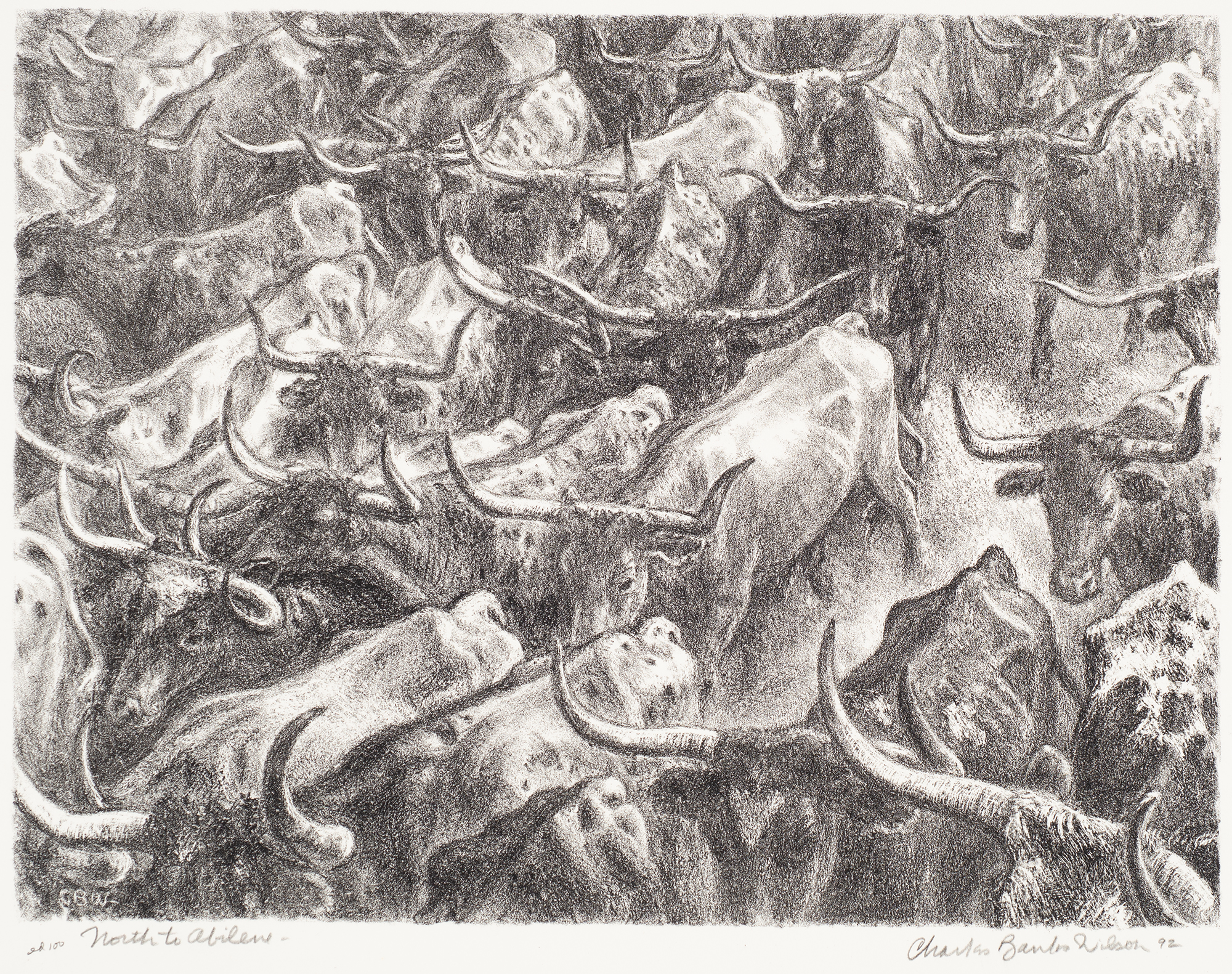 Wilson—an Oklahoman who studied at the Art Institute of Chicago and then worked as an illustrator for the Chicago Tribune—gained fame for his images of his native state. In North to Abilene, Wilson depicts cattle ready to be shipped to the stockyards. No ranch hands or cowboys are visible in the image. Instead, the viewer is placed in the position of a cowboy on horseback, at a vantage point both above and among the teeming throngs of cattle.