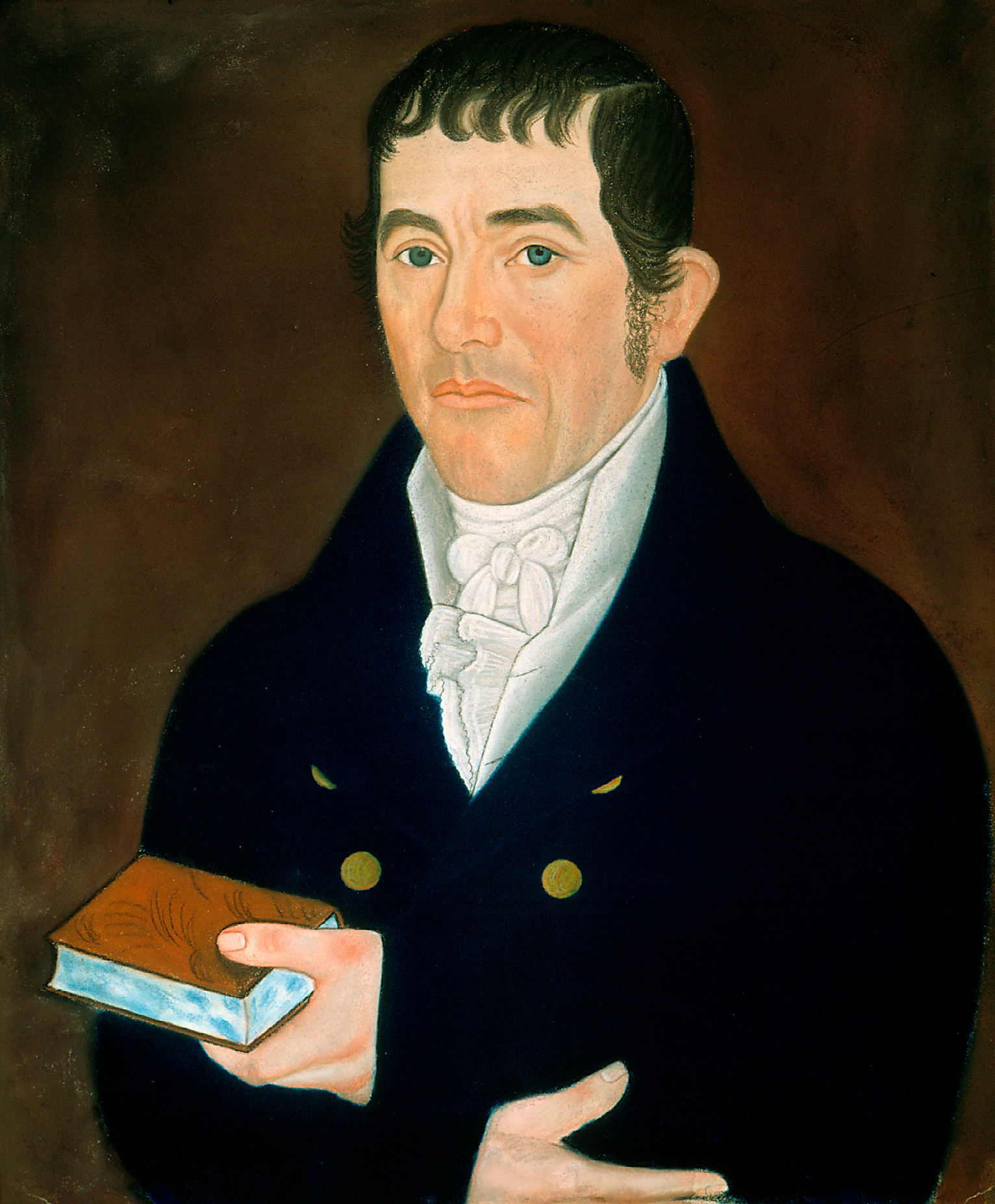 In 1954, Irwin F. Cortelyou convincingly identified a group of early nineteenth-century pastel portraits as being by the hand of the New Jersey Painter, Micah Williams.1a/b In his opinion New Jersey Squire was “executed by Micah Williams.”2 On comparison, there is enough evidence between this corpus of work and New Jersey Squire to warrant attribution of the later painting to Williams. The pose, with the head new the top of the paper, the costume and stylized hands of the squire are repeated in a number of the New Jersey portraits. Present too, is William’s distinctive coloring keyed to the eyes of the subject. In this case, the squire’s light-blue eyes are complemented by his brilliant blue coat.

Very little is known about Micah Williams. He was an eighteenth- and early nineteenth-century portrait painter who worked primarily in New London, Connecticut; Peekskill, New York; and in Monmouth county, New Jersey. Williams was active in New Jersey from 1815 to 1830, during which time New Jersey Squire was executed.