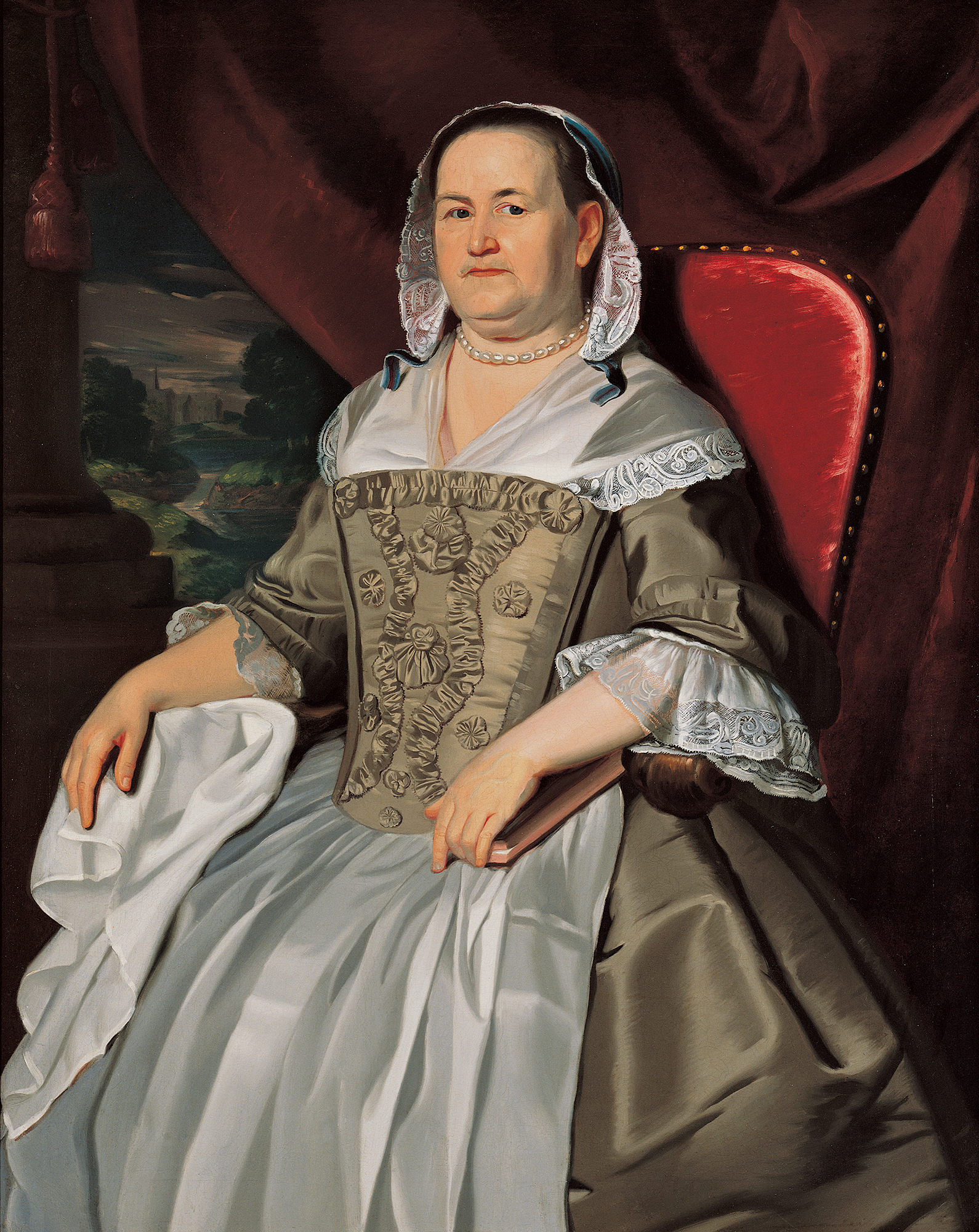 Mrs. James Otis (1702-1767) nee Mary Alleyne as the daughter of Joseph Alleyne and Mary Doty of Wethersfield, Connecticut, whose grandfather came to Plymouth on the Mayflower. The mother of thirteen children, her son, General Joseph Otis, was a prominent figure in the Revolution.

Mrs. James Otis admirably shows Copley’s insight into character. The painting is no more an attempt at flattery than is the portrait of Mr. James Otis. Mrs. Otis is elaborately clothed in an impressive array of silk lace. Yet, in his exacting realism, Copley has recorded her comely features and ample girth. While there is no doubt of her social position, one feels, as has been observed of another Copley matronly portrait, that she “could go to the kitchen to supervise the preparation of a clam chowder.”1