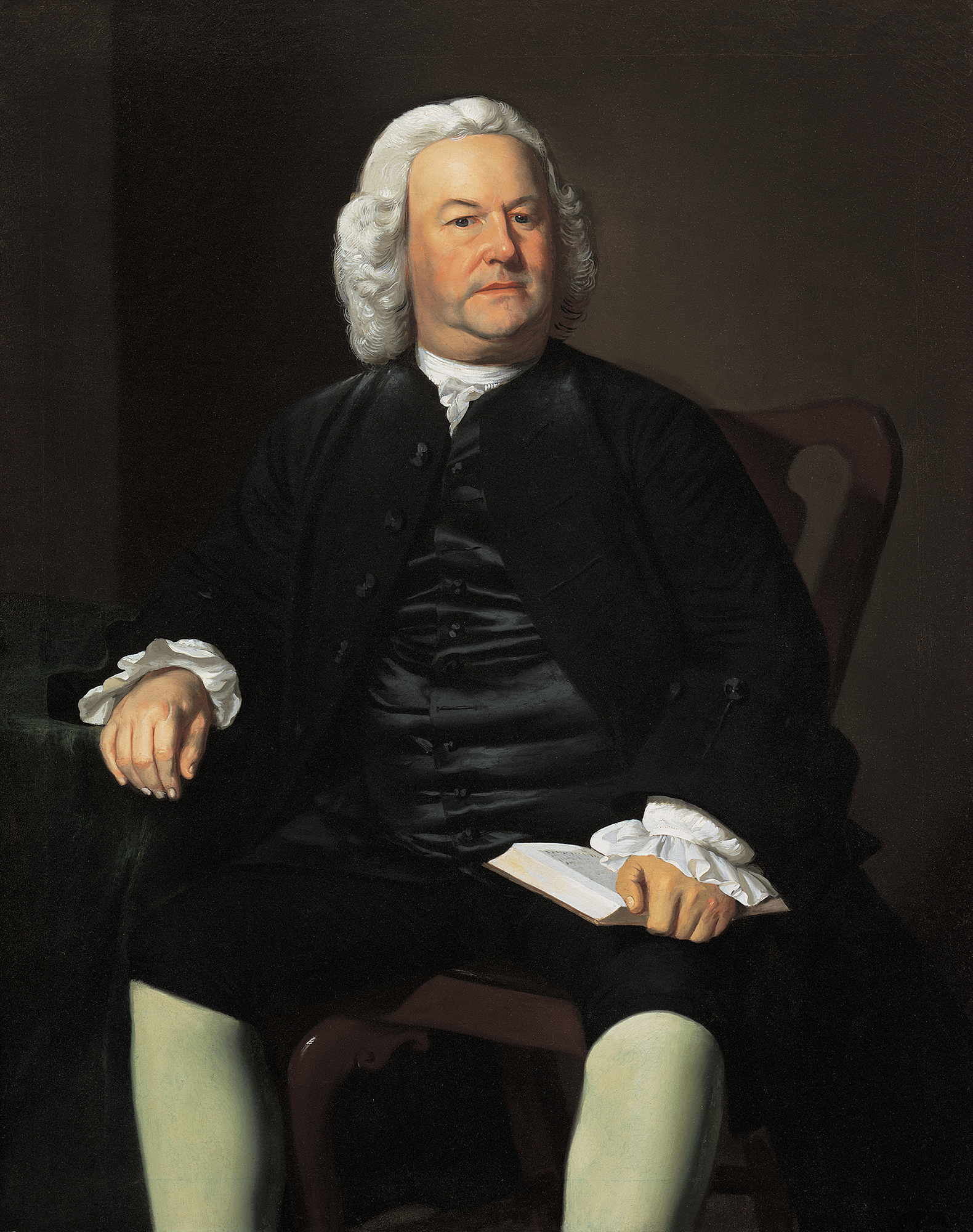 This handsome portrait pair of Mr. and Mrs. James Otis figures significantly in both the aesthetic and social history of the nation. Artist John Singleton Copley ranks as America’s first native-born painter of genius. Although he was only in his early twenties when he executed this commission, he was in the process of creating an original realist style, a style that was to characterize his mature work in the colonies, and a style that would influence American painting for decades to come. His sitters, James Otis, Sr., and Mary Allyne Otis represent one of the leading commercial and political families in colonial Massachusetts and were major contributors to the patriot cause. Their son, James Otis, Jr., played a prominent role with fellow Bostonians John Adams and Samuel Adams in establishing the passions and rationale for revolution. Otis, Sr., distinguished himself as one of the few powerful men of his generation to actively support independence. The paintings and their maker truly speak to the founding of the nation.

Copley posed James Otis as a man of action confident of his authority and consequence. Seated on the edge of a Queen Anne side chair Otis turns his head and torso toward the viewer showing a direct gaze, an alert frame, and a readiness to assert himself should the need arise. Using a minimum of props Copley insinuates signs of worldly success in the sheen of polished furniture, the glossy highlights of the satin waistcoat, and the soft folds of the dark green velvet table cover while giving full force to the character of sober countenance and strong hands set against a plain dark background. The companion portrait of Mrs. Otis is more traditional in that Copley placed his sitter against a conventional stage of classical column and parted curtain opening upon a country landscape. However, the psychological forcefulness of the woman who confronts the viewer with her plain features, straightforward gaze, and modest, yet elegant dress overcomes the triviality of the background.

The painter John Singleton Copley departed the colonies before the outbreak of war to pursue a successful career as a court portraitist and history painter in the high style of the British Royal Academy. However, most historians regard Copley’s creation of a realist style grounded in the classical discipline of drawing, but devoted to the revelation of individual character as his major aesthetic triumph.