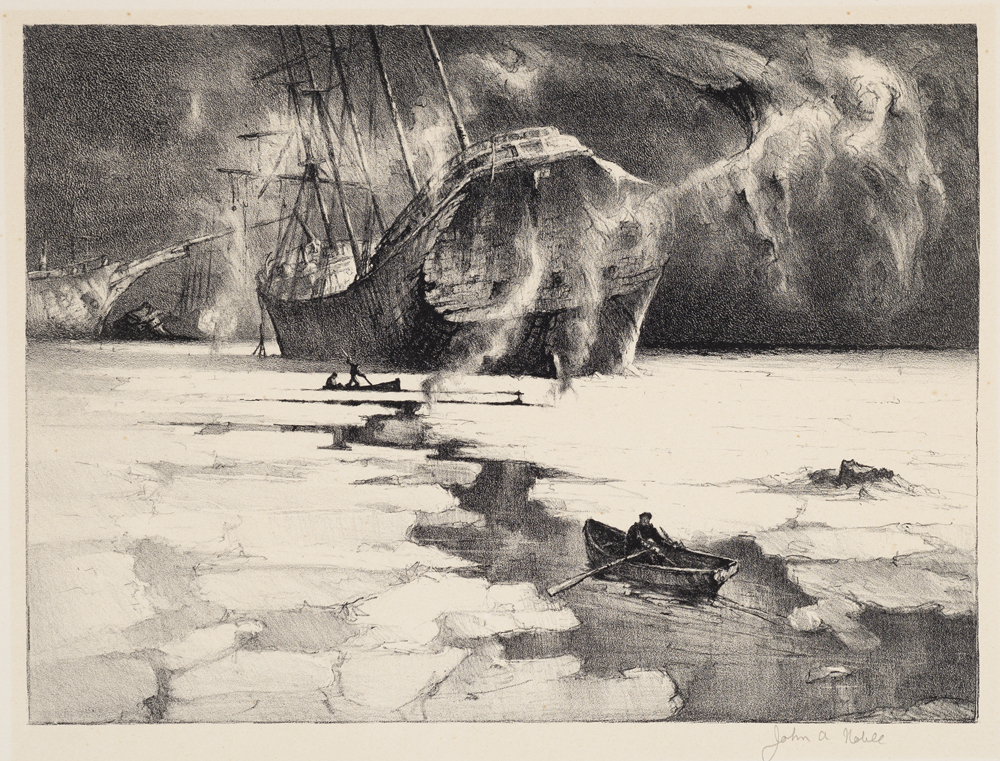 Son of John “Wichita Bill” Noble—a Wichitan who moved to Paris in 1903 to study art at the famed Académie Julian—John A. Noble followed in his father’s footsteps and became an artist. Like his father, Noble was also fascinated by the sea and coastal life. Born in Europe, Noble moved with his family to New York City at age 6. Although he was raised in artistic circles and eventually studied at the National Academy of Design and University of Grenoble, Noble worked blue-collar jobs in New York City’s shipyards from his teenage years on. Fascinated by seafaring and boat building, he wedded his two passions—ships and art. In 1941, Noble turned to artmaking full time, building a floating studio from boat salvage. Mortara Genova and Quickwater—both feature huge ships—are typical of Noble’s work.