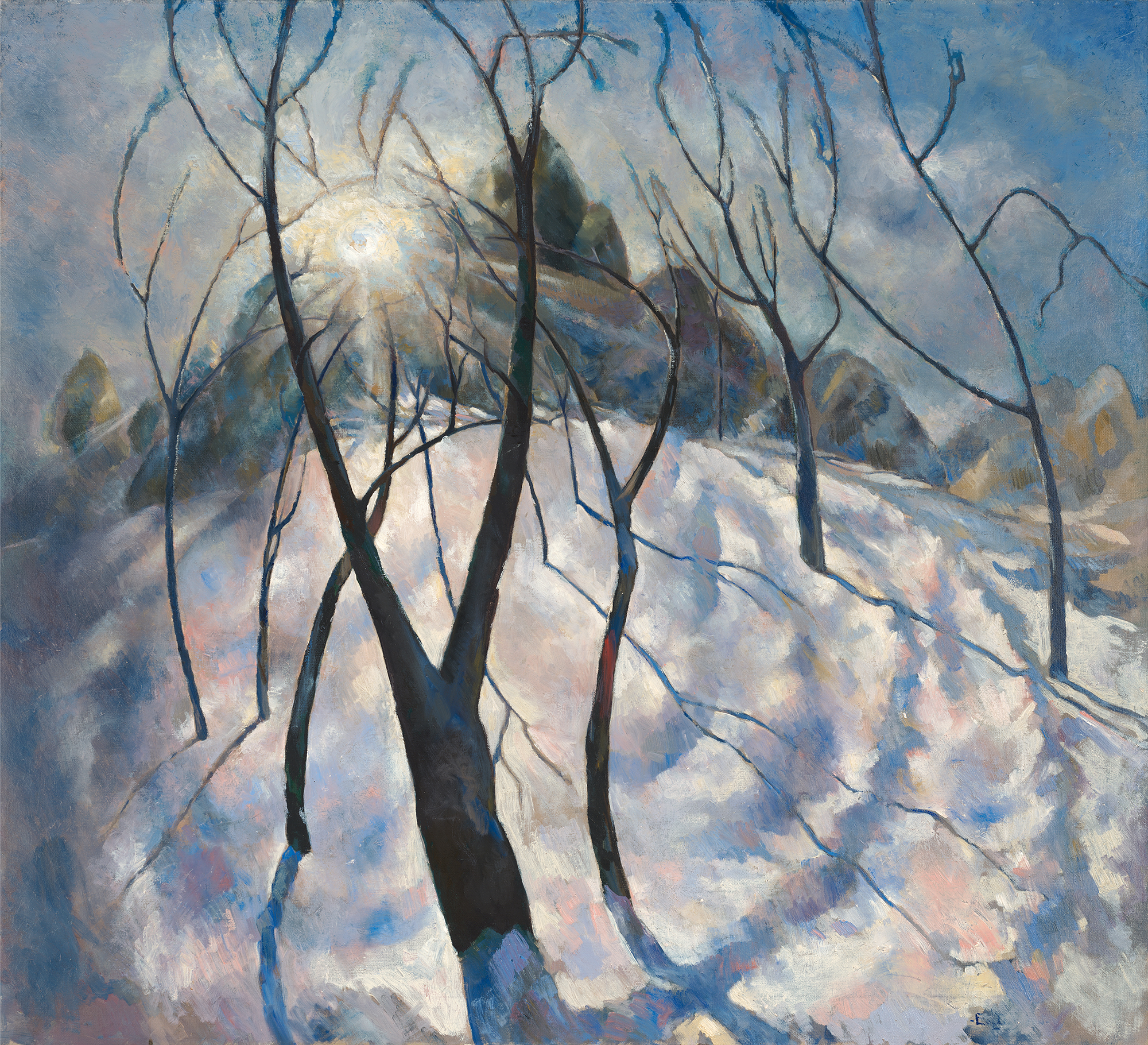 The story is told that painter Ed and Faye were breakfasting early one winter morning in the kitchen of their Wichita home, when Davison was struck by a blinding flood of light streaming in through the kitchen’s bank of east-facing windows. He jumped up angrily to close the shades but as he reached the windows he stopped, and stood spell-bound gazing out upon the dazzling spectacle of light reflecting off the snow in their backyard. A few minutes later he went to his easel to begin translating his experience into the painting Morning Sun. Using expressive color, decorative symbolist design and exaggerations of perspective Davison conveyed his feelings of awe in the finished work: a pulsating pattern of pink/blue/lavender-hued rings simultaneously radiate from and flow back across a seemingly terraced mount of snow toward the prismatic orb of the sun while the dark slender skeletons of the leafless trees sway inward in concert toward the light source.

Davison, who spent most of his working life running the Wichita banking business established by his father, gave all of his free time and his heart to his painting career. With a minimum of professional training he quickly developed a competent and engaging style that won his work a showing in exhibitions at the Pennsylvania Academy of Fine Arts, the Corcoran Gallery, and Kansas City Art Institute. Influenced principally by the expressionistic colorism of Birger Sandzén and the painterly realism of such Taos School painters as Walter Ufer, Davison produced handsome landscape views of the New Mexico landscape, and of industrial and residential Wichita locales, as well as portraits of family and friends, and occasional still life images.