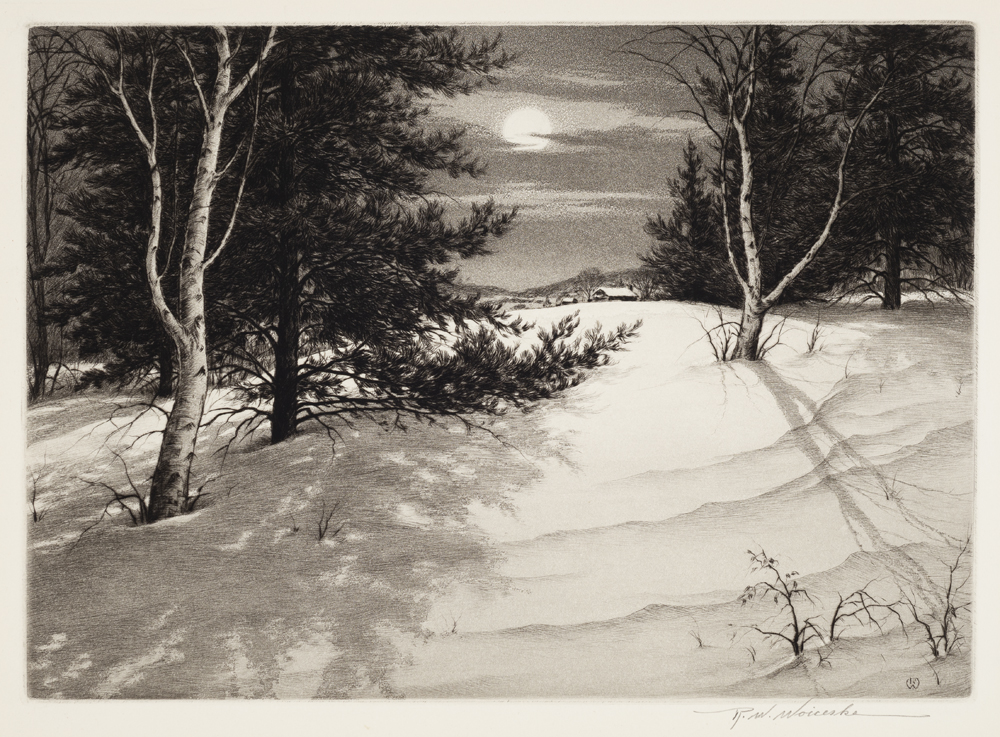 Printmaker Woiceske moved to upstate New York in 1924 to study landscape painting. Ultimately, however, Woiceske became more and more involved in printmaking, using etching, drypoint, and aquatint to produce the atmospheric effects he had previously rendered in paint. The artist was a member of the Philadelphia Print Club, Print Makers Society of California, and National Association of Etchers. He is best known today, as he was during his career, for his winter scenes.