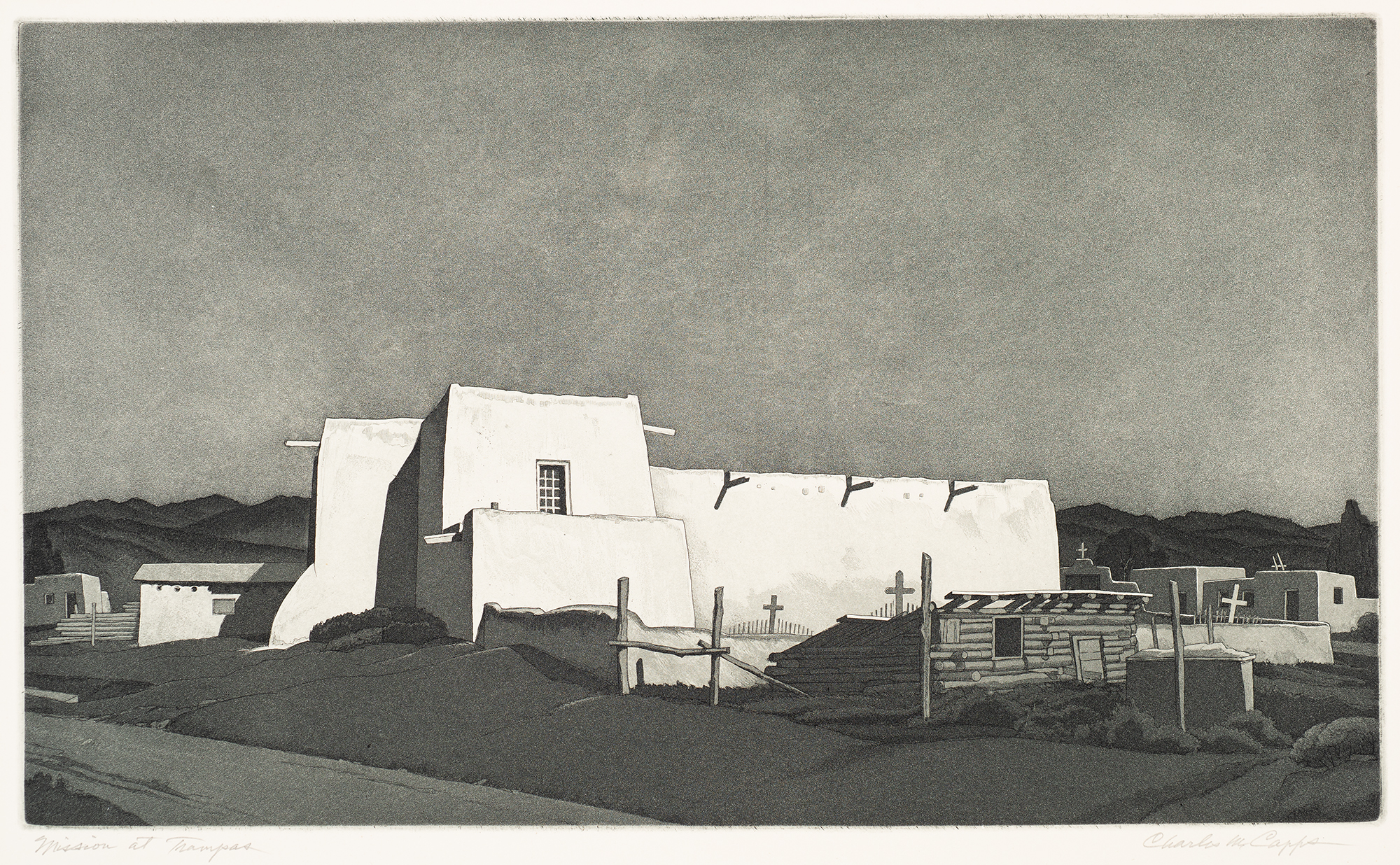 Charles Capps’ exceptional talent as an etcher and his lively personality inspired many Wichita artists. Capps was a charter member of the Prairie Print Makers, made two of the society’s gift prints, and served as its president for 23 years.

Capps had recently completed studies at the Chicago Academy of Fine Arts and the Pennsylvania Academy of Fine Arts when he came to Wichita in 1924 to work on C.A. Seward’s staff at the Western Lithograph Company. Dissatisfied with this first job, he left for a short time and then came back to Wichita to a better position at Western Lithograph. After six years he went to work for McCormick-Armstrong where he became director of the art department, remaining until his retirement in 1965.

Influenced by the lithographs of C.A. Seward and the woodcuts of Birger Sandzén, Capps decided to experiment with printmaking. He tried the woodcut medium first and showed a group of his bookplate designs at the annual exhibition of the Wichita Artists Guild in 1927. By the 1930s his woodcuts had begun to receive national attention. However, Capps produced his most poetic and original images when he turned to the etching and aquatint media. Capps learned these techniques from his friend Doel Reed, an expert in aquatint, who taught art at Oklahoma A & M (now Oklahoma State University) at Stillwater. He purchased an etching press from Reed and worked independently in his home studio in Wichita.

Capps’ prints are represented in the collections of the library of Congress, the National Academy of Design, the Carnegie Institute of Pittsburg and many other important museums. He portrayed the architecture and landscape of New Mexico where he vacationed as well as the grain elevators and Flint Hills of Kansas.