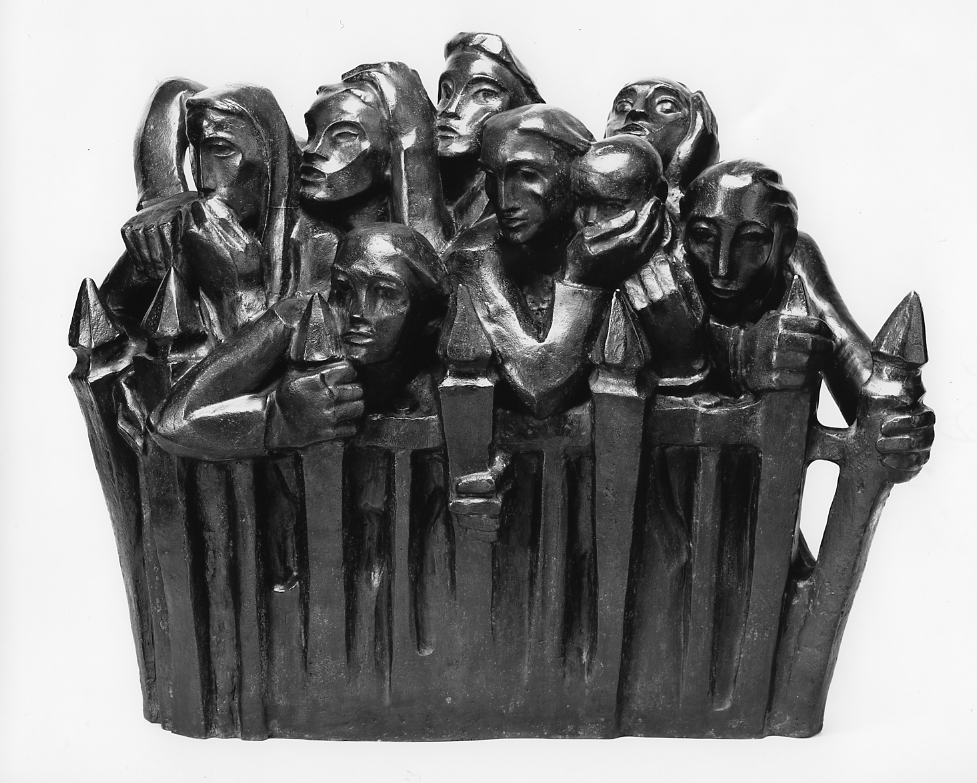 Berta Margoulies belonged to a progressive community of American sculptors who were engaged in applying modernist formal strategies to the traditional sculptural subject of the human figure. Influenced by the work of European artists Kдthe Kollwitz and Ernst Barlach and fellow countryman William Zorach, Margoulies explored issues of primitivist form and humanist content.

Mine Disaster depicts a group of anguished miners’ wives, crowded against a restraining fence, waiting for news of their husbands in the aftermath of a mine accident. Simplifying and distorting the gaunt figures of the women into a composition of sharp, angular thrusts of faces and limbs, Margoulies evoked an image of elemental pathos. Scholars acknowledge Mine Disaster as the premier work of the artist’s career.