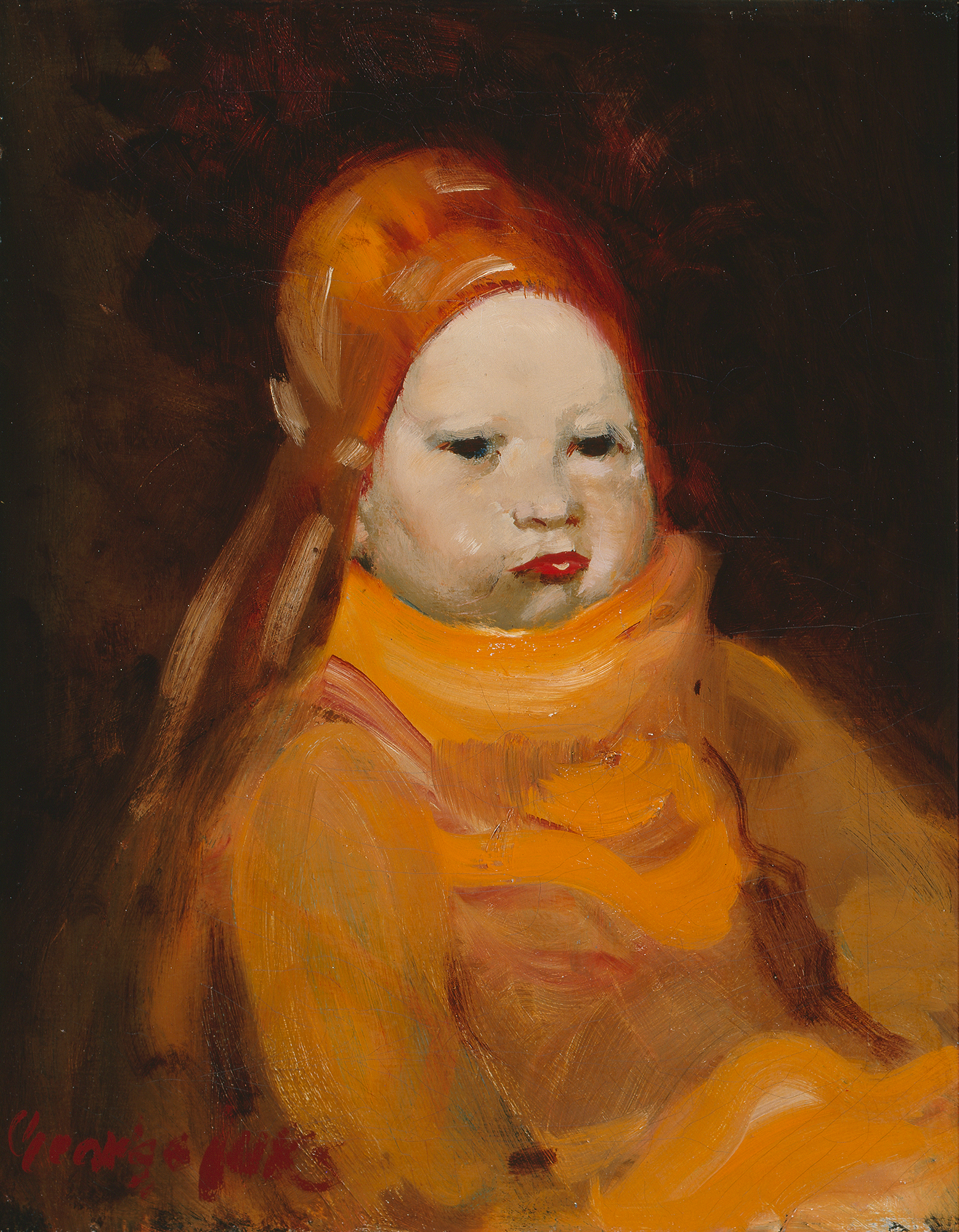 George Luks was born in Williamsport, Pennsylvania in 1867. From 1885 to 1895 he studied at the Pennsylvania Academy of the Fine Arts and the Dusseldorf Academy, and painted in London and Paris. Most meaningful, however, for the development of his artistic style and vision was his first-hand expo­sure, while in Europe, to the work of Frans Hals and Francisco Goya. On returning to the United States, Luks began a career as a newspaper illustra­tor and cartoonist, first in Philadelphia and then in New York from 1896 on. This experience fostered Luks’s talent for seizing instantaneously upon the essentials of a subject and recording them in a direct and accurate manner. In 1908 Luks exhibit­ed at the Macbeth Gallery as a member of “The Eight,” out of which later emerged the larger Ashcan School under the leadership of Robert Henri. The Ashcan School artists stood in opposi­tion to the conservative attitudes and values of the genteel art establishment and devoted themselves to the depiction of working-class subjects in urban environments.

Inspired by Hals, Luks often returned to scenes of youth and childhood, choosing for his subjects local children from his working-class neighborhood. In characteristic fashion, he pictures Mike McTeague against a dark and simply handled background, which serves to direct attention to the boy’s brightly lit face. While Luks usually por­trayed conventional types such as the laughing child, Mike McTeague is recorded in a sullen pout—an unexpected mood for an artist to capture in a portrait of a child, but an entirely natural one, nonetheless.

Also surprising is the pictures intense palette. The strong hues and subtle variation of the orange and yellow pigments are enhanced by the deep claret tones in the background. Luks’s use of vigor­ous color reflects the lessons of his teacher and friend Robert Henri. The jaunty orange smock and hat worn by Mike McTeague provide a strong con­trast to his serious demeanor. Ultimately, the ener­getic brushwork and vivid palette serve to commu­nicate the vitality and spirit of the sitter under­neath the pouting exterior.