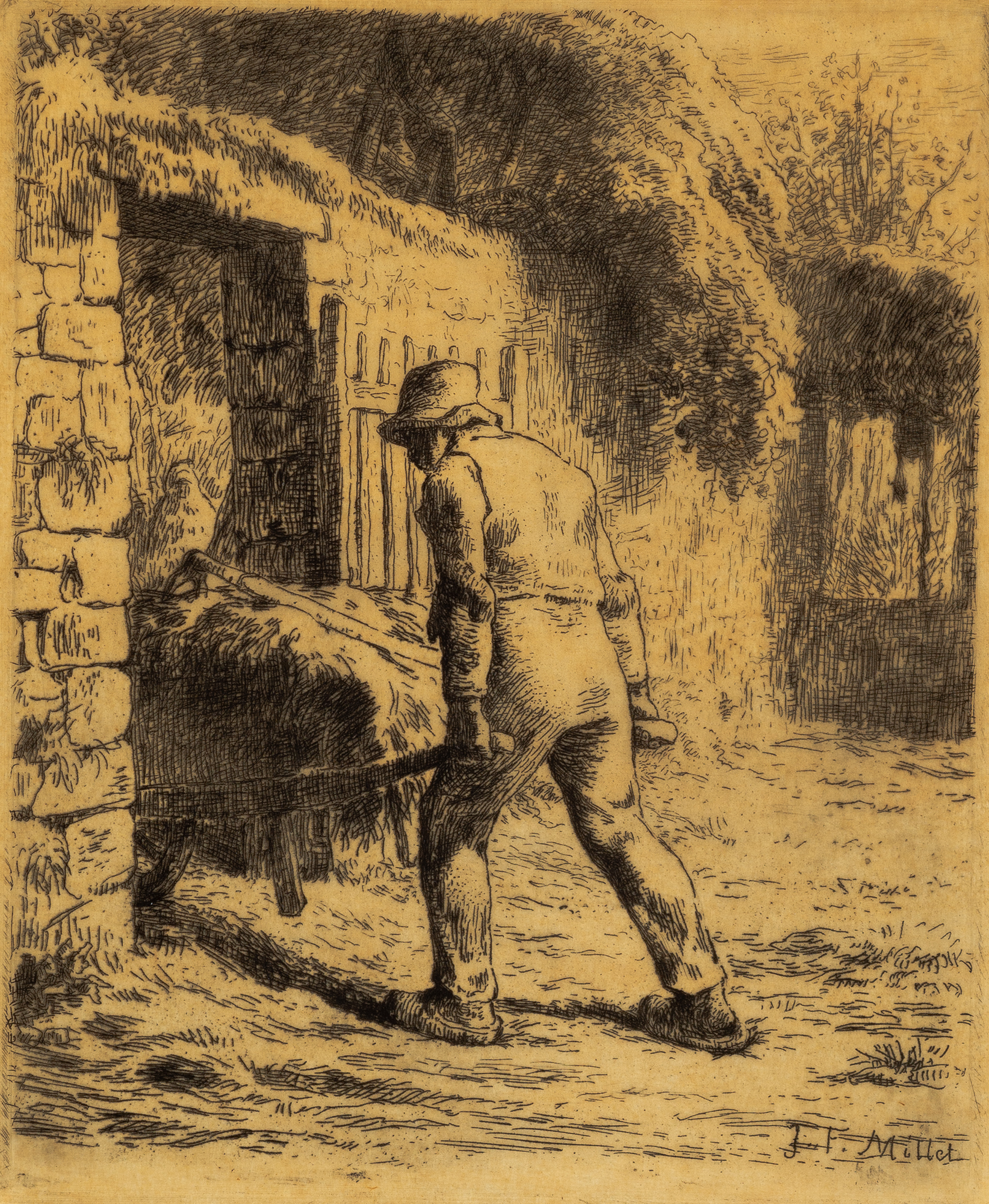 Barbizon artist not only set important precedents for Impressionist painting; they also initiated the revival of original printmaking. Charles Émile Jacque was the first 19th century French artist to practice etching and drypoint as a serious art form. He was a significant influence on his friend Jean-François Millet. Jacque and Millet found Barbizon, a small forest village three miles north of Fontainebleau, and settled there in 1849. Millet apparently produced few prints, but those which remain exhibit the same interests and qualities of his painting which were to instruct the avant-garde: humble subjects, greater simplicity of the principal forms, elimination of excessive detail, observation of rugged nature, specificity and expressiveness of gesture.