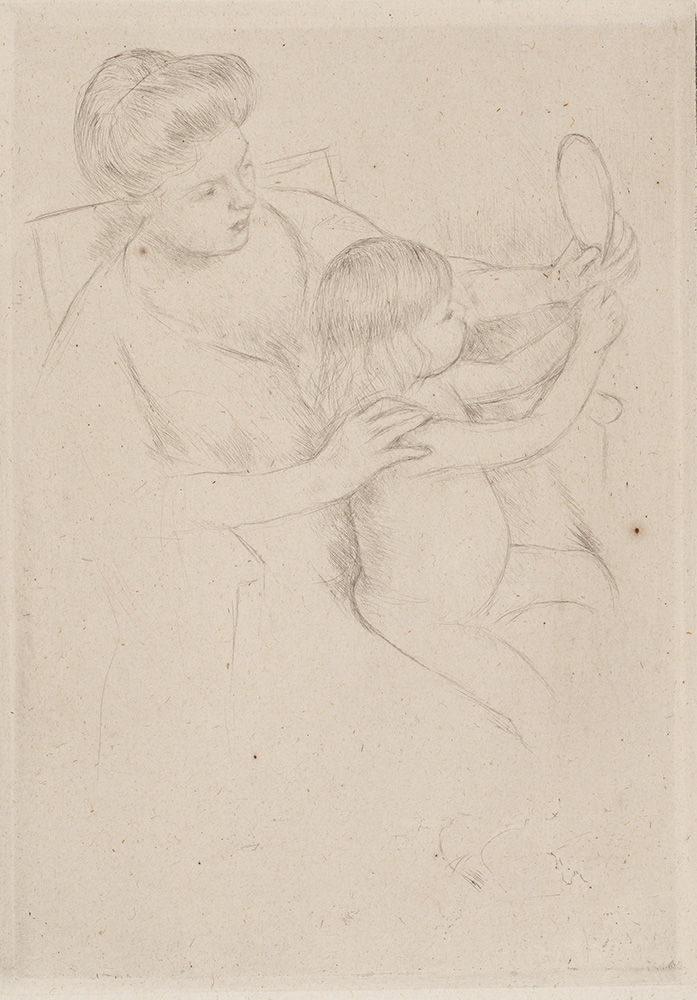 Looking into the Hand Mirror

The only American to exhibit with the impressionists in Paris, Mary Cassatt was born to a prominent Philadelphia family. At 15, Cassatt began studying at the Pennsylvania Academy of Fine Arts. Four years later she moved to Paris, where she copied paintings at the Louvre and also studied briefly with Jean-Léon Gérôme. Already influenced by the work of Gustave Courbet and Edouard Manet—the first modern artists—Cassatt was introduced to Manet and the emerging impressionist circle by her friend Edgar Degas.

For the next nine years, Cassatt would exhibit with the group and help organize their shows. Cassatt’s paintings are characterized by her masterful paint handling. In her best works, such as the Wichita Art Museum’s Mother and Child, Cassatt combines linear, carefully rendered forms with those that are so loosely brushed as to be nearly abstract. Unlike her male colleagues—famous for their depictions of urban life on the streets of Paris—Cassatt primarily painted women, children, and interior spaces. These were some of the only subjects available to her as an upper-class woman of the period.