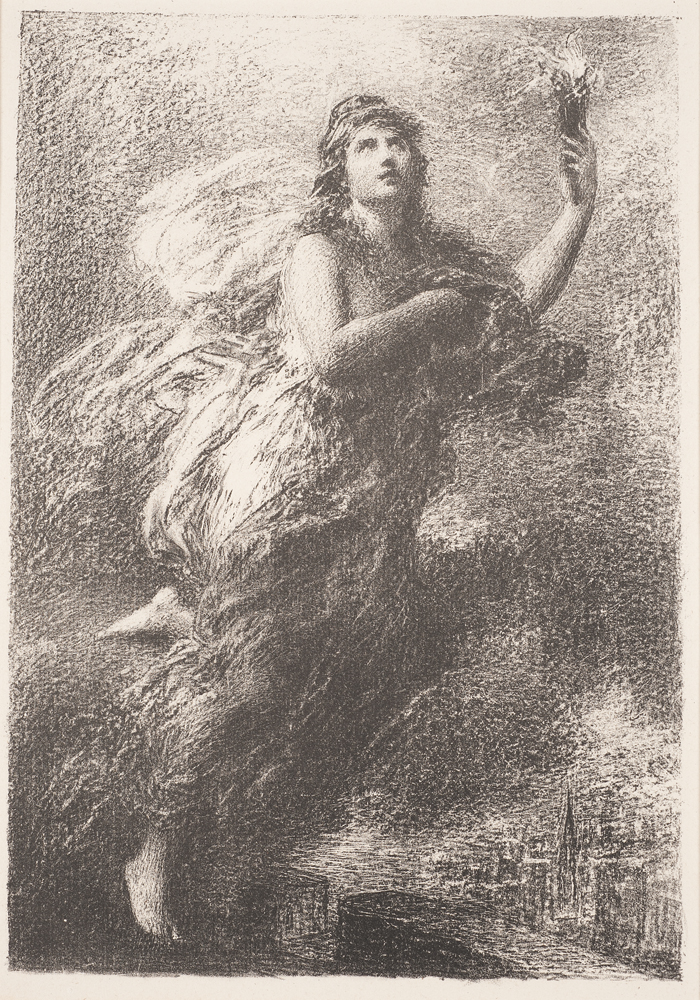 Fantin-Latour, like Legros, was more of a sympathizer with Impressionism than an Impressionist himself. As a young artist he quickly became involved with all the younger generation of progressive artists, including Manet, Whistler, Monet, and Renoir, and their literary counterparts, Baudelaire, Zola, and Mallarmй. However, Fantin-Latour’s many paintings of flower and still life subjects executed in a finished, academic fashion exhibited none of the Impressionist techniques.

Fantin-Latour shared his friends’ enthusiasm for the concept of the painter-etcher and joined them in their meetings at the studio of Alfred Cadart, print dealer and publisher. Cadart was instrumental in the formation of the Society of Etchers and in successive efforts to promote appreciation of original prints. It was Cadart who encouraged Fantin-Latour and other to take up lithography.

After 1876, Fantin-Latour regularly produced and exhibited lithographs. In this medium the artist explored imaginative subjects inspired by the works of composers such as Wagner, Berlioz, and Schumann, imagery which was in sympathy with the Symbolist movement current in the 1880s.