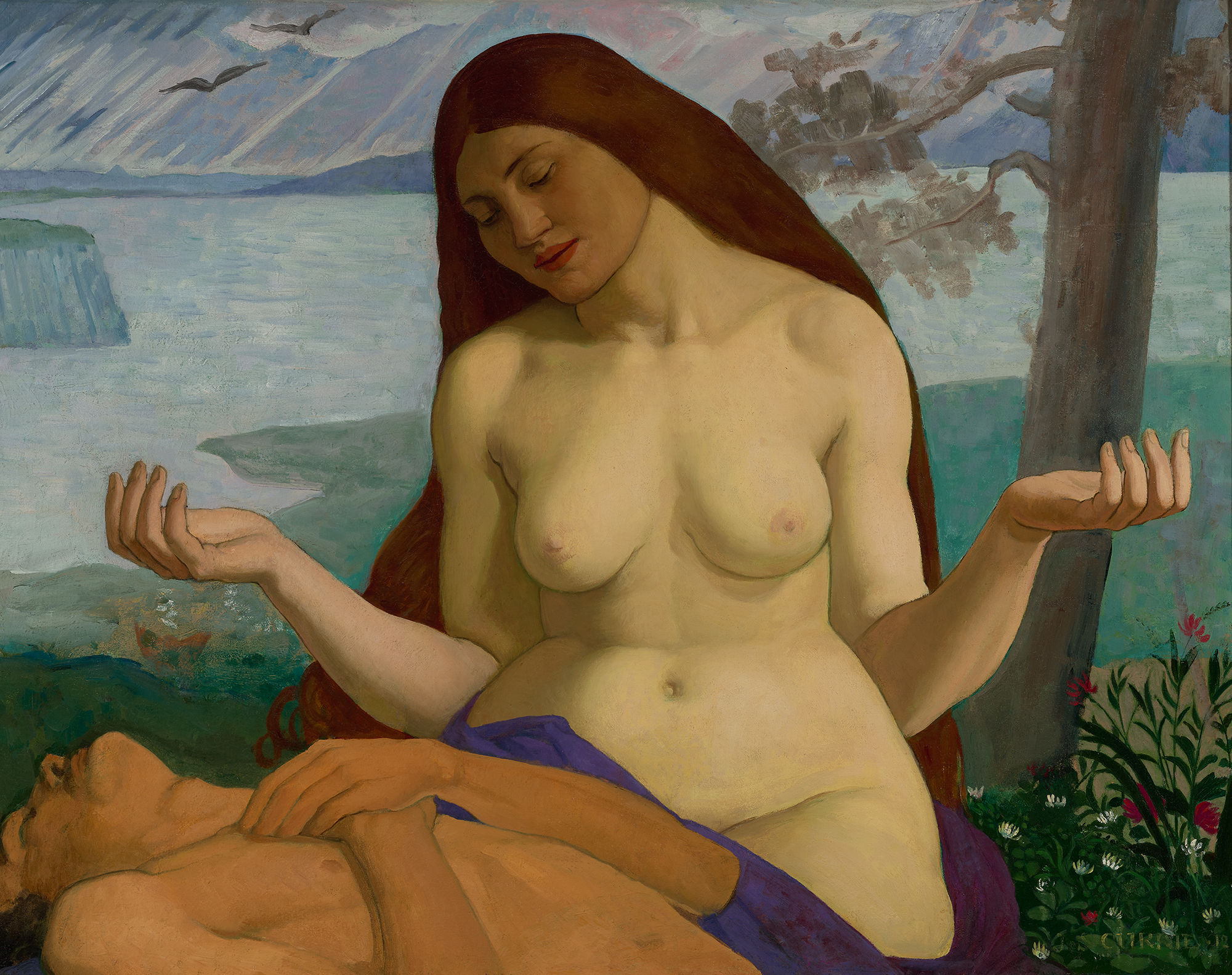 Ed Davison purchased this painting at a sale in the late 1920s. The painting came on the market from the estate of John Quinn, (1870-1924), a distinguished attorney and patron of modernist art. In Quinn’s records the painting is subtitled “an Irish Legend”:

“Uch Oll” (The Great Lamentation) where Aicell, the daughter of Cairbrй (Cairre Niafear, monarch of Erinn), laments Erc, the son of Cairbrй, who was slain in revenge of Cuchulainn.” 1

1The University of Michigan, Lectures on the Manuscripts Materials of Ancient Irish History, Eugene O’Curry (1796-1862).