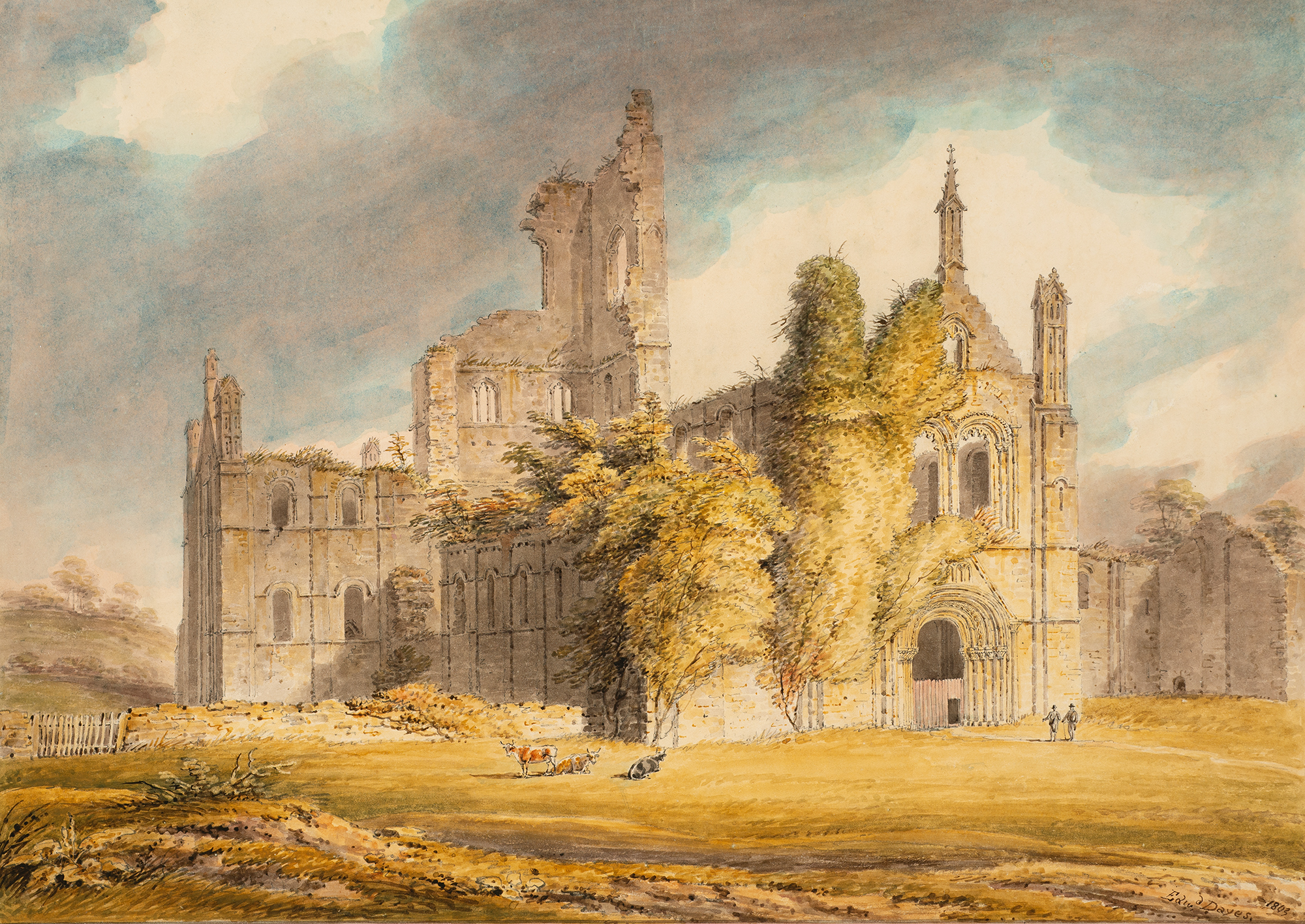 Watercolor, ink, and graphite on watercolor board

A piece of history, Kirkstall Abbey stands as a museum that is still frequented today. Created as an offering to the Virgin Mary for health, dedicated by nobleman Henry de Lacy in his time of need.

The Catholic church pursued the building of this abbey in the middle of a densely covered forested area outside of a small market town, Leeds. The erection of the church not only allowed the brotherhood of the monks who lived there to flourish, it also brought in a great deal of new business to the town of Leeds.

Finished in 1182, the Abbey took on a stout and modest form. This would be expanded upon on later on in which the towers would be added in order to elongate the building and demonstrate the monumental nature of the building. Dayes depicts the Abbey in ruins, as it was taken over and by the monarchy and demolished over the years as a cite for religious practice. Though in ruins, Dayes creates the illusion of an effervescent glow that the Abbey elicits, hinting at the dense foliage as well as the honor of the Catholic church that once reigned supreme.