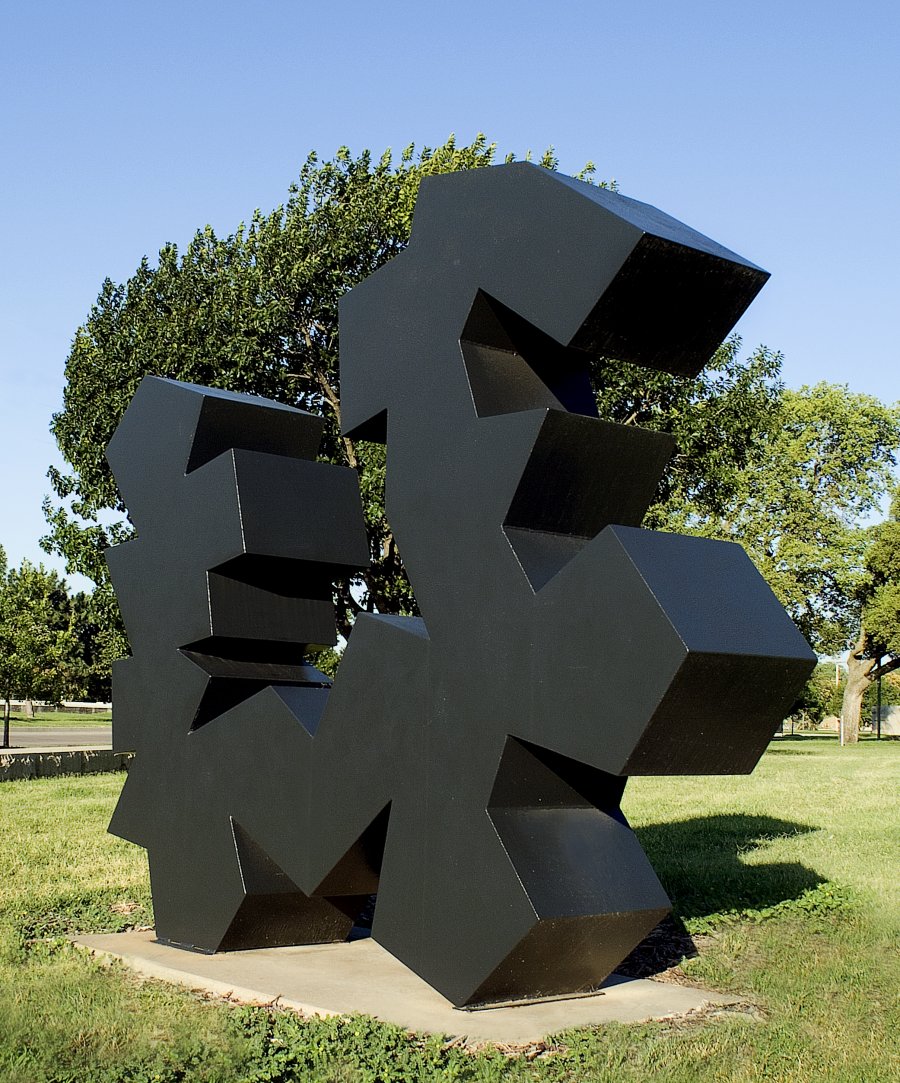 Installed on the northeast lawn of the Museum campus, this monumental abstract sculpture by the American artist Douglas Abdell is titled Kaephae-Aekyad #2. The work is constructed of welded hot rolled steel painted jet black. Unlike traditional statuary, a work such as Kaephae-Aekyad must be considered in terms of what it does to the spaces around it and how it affects other objects nearby. As installed, the sculpture commands im­mediate attention for its presence is powerfully felt. Moreover, the composition interrelates quite suc­cessfully with the museum’s Art Garden. Indeed, the tall and bold two-dimensional black pattern of the sculpture har­monizes with the horizontal, black ribbon window of the museum building and, at the same time, presents effective contrast with the more delicate salmon tones of the building brick itself.

Although purity of form and relative simplicity of design characterize most minimalist sculptures and indeed are retained in this work. Variety and diversity have also been effectively introduced, imparting a distinctive quality to what might otherwise be viewed merely as a flat, cut-out composition with identical faces, front and back. In this respect, Abdell’s works are unique, and it is obvious that he discovers his forms through drawings, a fact which clearly accounts for the flat, two-dimensional qualities that inevitably result in an emphasis on surface treatment and surface awareness. And in the instance of this particular work, the broken outline of the composition and the large open area in the center are the specific elements by which the interplay of space and form functions to activate the space in which the sculpture itself stands. What is also of special in­terest here is the fact that the character of the broken outline with its pointed and projecting volumetric shapes presents an illusion of movement, again illustrating the mutual influence of the sculpture and the building.

Douglas Abdell was born in Boston in 1947. In 1968, he studied painting and sculpture in Florence, Italy, but received his B.F.A. degree with a major in sculpture from Syracuse University. Abdell has exhibited at major galleries in New York and has participated in numerous traveling exhibitions across the country.