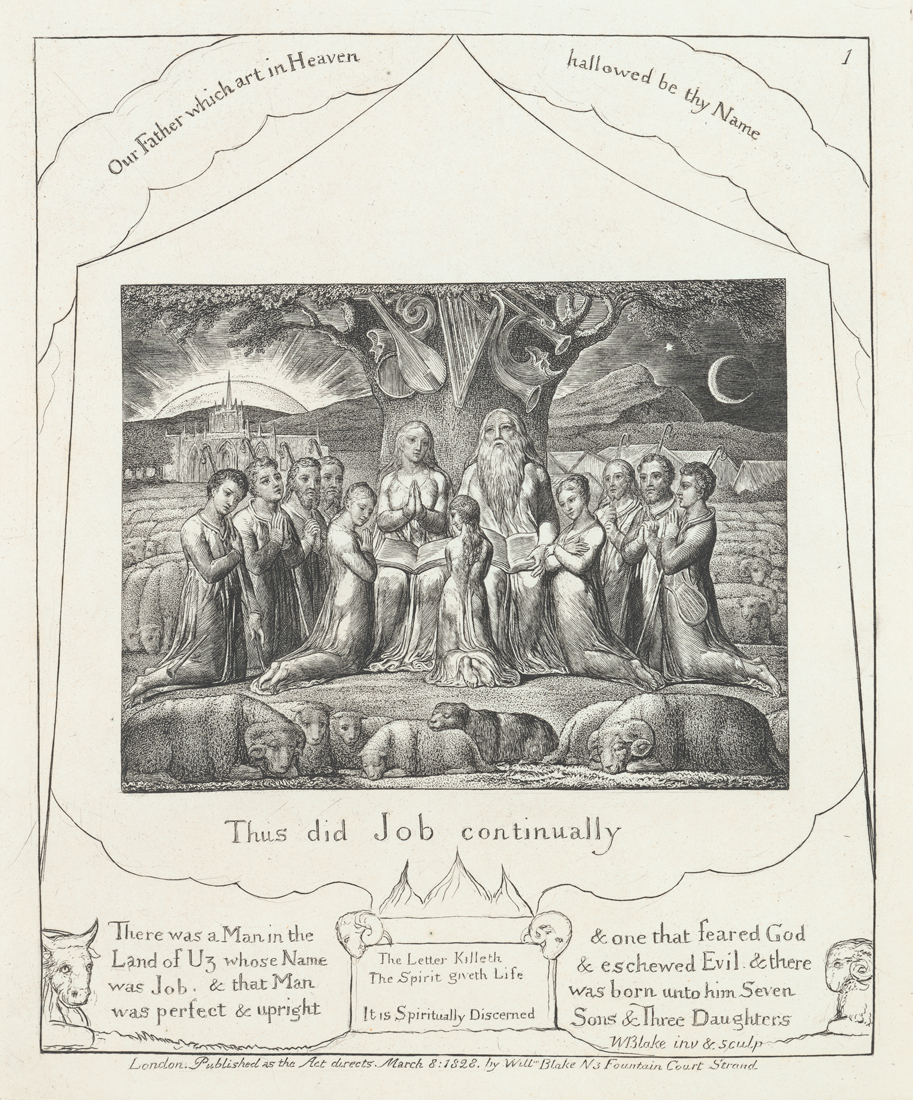 Job and his Family

The Illustrations of the Book of Job, published when the artist was in his sixties, represented the culmination of many years of thought and work. William Blake’s first drawings of the subject date from 1785. Sometime during the years 1810-1820 the artist painted a series of twenty-one watercolor designs illustrating his conception of the story of Job for his loyal patron Thomas Butts. In 1821 Blake’s young friend and supporter, artist John Linnell, commissioned Blake to paint a duplicate set of the Job watercolors. Linnell then extended that commission to a set of engravings. Blake revised his watercolor images through numerous sketches to arrive at the final conception of the theme in engraving. In 1825 Linnell was able to publish Blake’s Illustrations of the Book of Job in a book comprised of twenty-two (including title page) copper engravings in an edition of 300.

Although the Illustrations of the Book of Job proved upon its initial publication to be yet another in a long series of critical and financial failures for the artist, it has since been recognized as one of the most significant expressions of the 19th century British Romanticism. John Linnell sponsored a second, posthumous edition in 1874, and in 1919 the British Museum acquired the original copper plates for the illustrations. The Wichita Art Museum is fortunate to own a fine copy from the first edition, a 1964 gift from Robert B. Fizzell of Kansas City, Missouri.