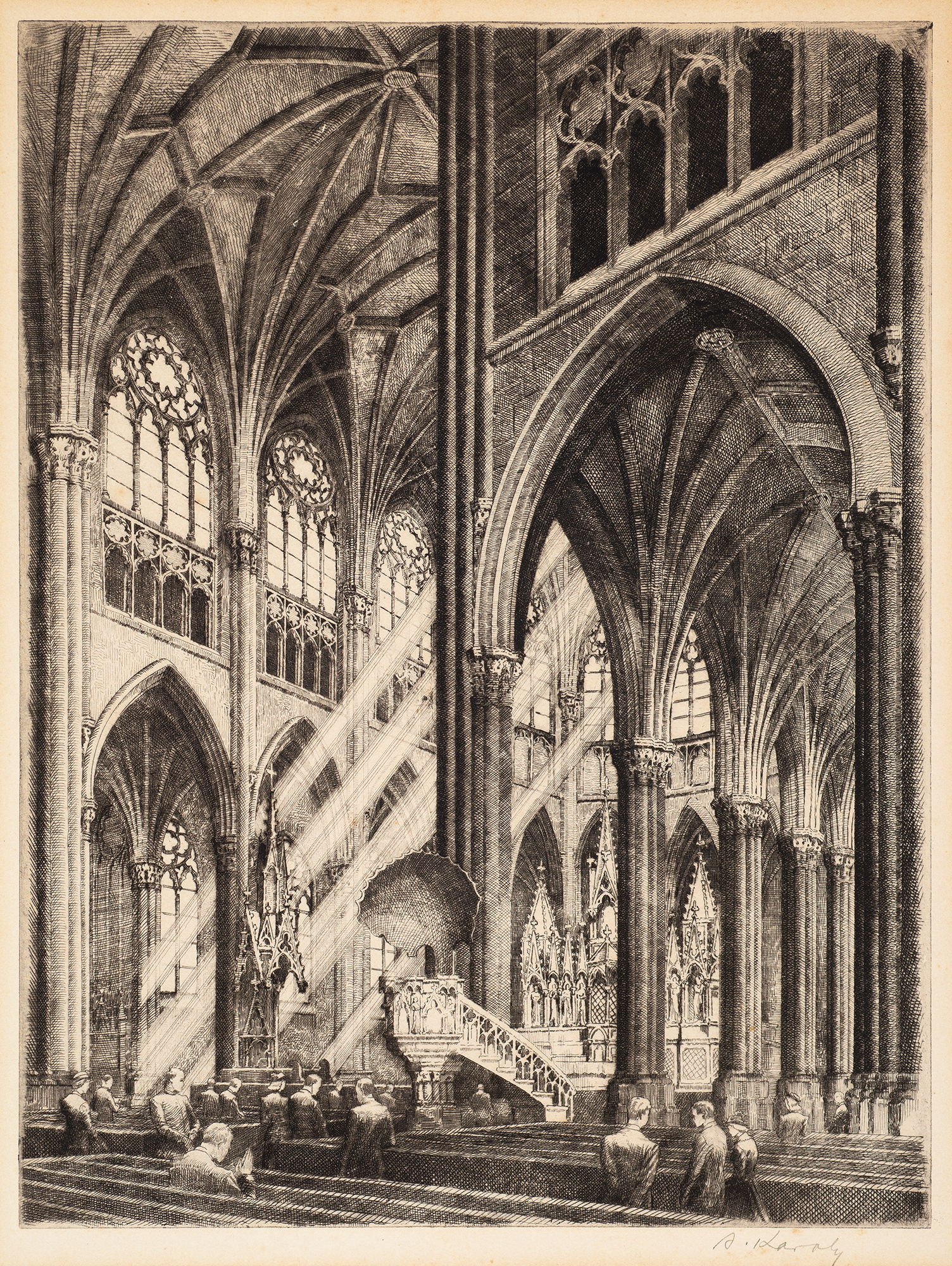 Karoly’s print features one of the most famous American cathedrals, St. Patrick’s in New York City. Begun in 1858 and completed 20 years later, the cathedral was built for—and named to honor—New York’s burgeoning Irish population. An icon of the Manhattan skyline, the building has witnessed such quintessentially American moments as the filming of The Godfather III and the funeral of famed baseball player Joe DiMaggio. In Karoly’s print, fashionably dressed New Yorkers mill around the church’s interior, making it clear we are in modern America rather than medieval France.