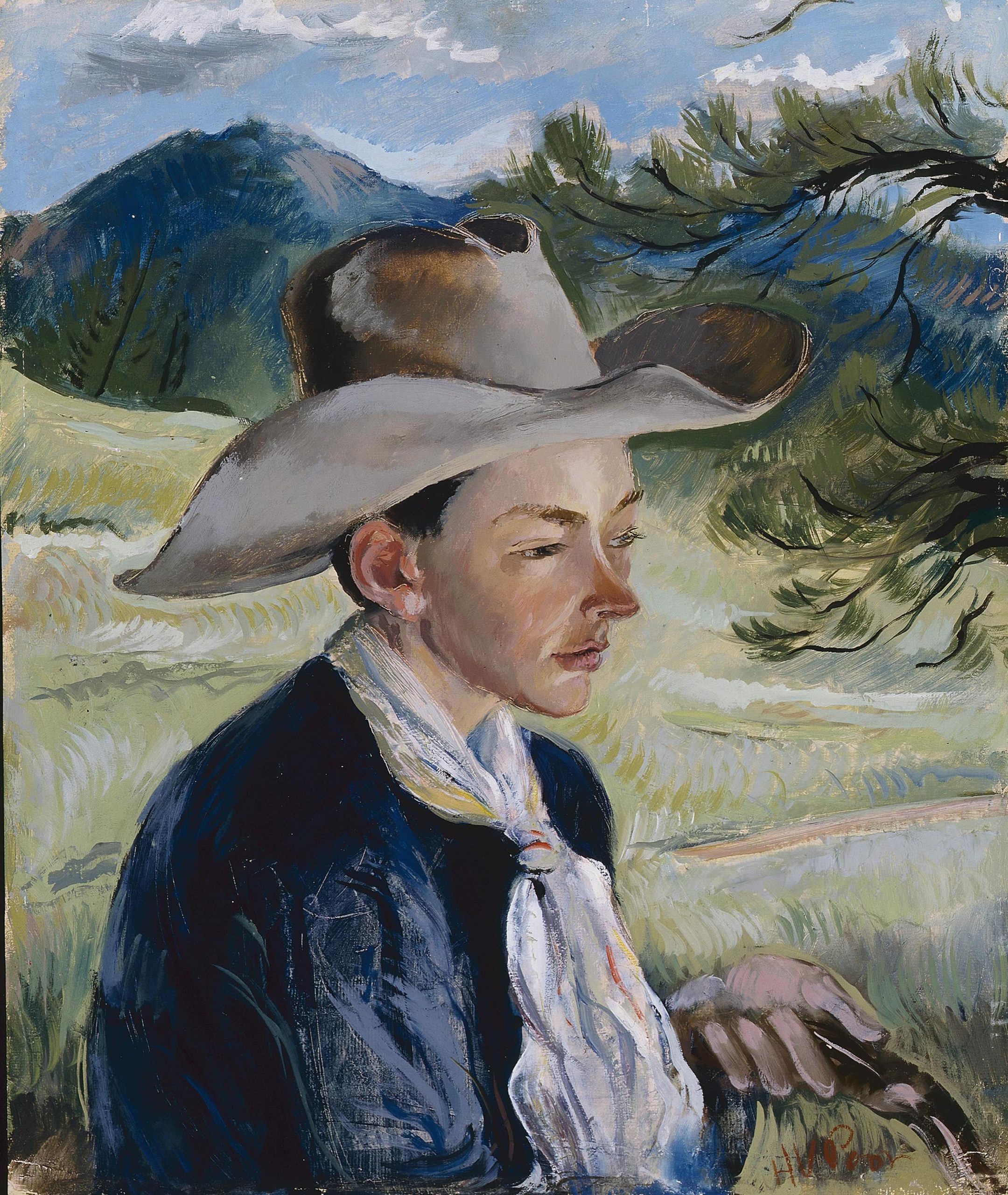 The third work purchased by Mrs. Navas for the Murdock Collection was, like the first, by a Kansan: Henry Varnum Poor, born in Chapman. Poor provided background to the painting in the following undated letter to Mrs. Navas:

“In Western Garb was painted in the summer of 1937 on a ranch near Florisant, Colorado (near Colorado Springs.) My boy of 12 was spending the summer on this ranch.  Aside from the ranch outfit, there was one other boy, Dave Linton, 14, staying on the ranch. He was from New York, son of a well-known anthropologist, but he had gone “Western” with a bang. Played a guitar and sang endless cowboy songs and lived in his sombrero.  The almost humorous contrast of his delicate little face under the bold western hat was the real purpose of the painting.”

The son mentioned above, Peter Poor, recently told the Museum that the reason for spending the summer on the Colorado ranch was his recovery from a near fatal case of spinal meningitis, contracted in London during a family tour of Europe.